Next day a new post ! My average is already improving !

What I will do is show pictures of my some of my work during the last 2.5 years, then hopefully do regular updates on current builds.

I won't go into any great detail with any of them, mainly will just show some pictures & a comment or two.

If anyone wants to know anything more about any of the builds they can contact me or post a comment and I'll do my best to reply.

Here are some builds in no particular order of completion.

Comment on construction  - Kit is built from the box, only addition being (home made) windscreen wipers & a foot rung under each cab door. No real problems with this build.

Other comments - From comparing to pictures of the real thing, this looks to be quite an accurate representation. This kit has since been weathered up quite a bit, I'll post updated pics of it later. 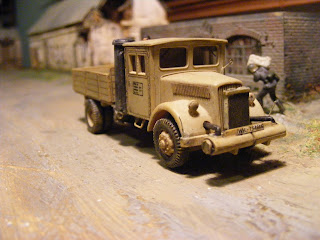 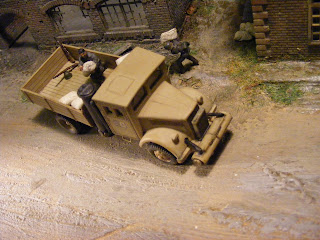 Comment on construction - These kits are quite challenging to build. Not many parts, but a lot of flash and not very crisp casting. Sanding and filling needed in many areas. Worst part is the front windscreen recess which is poorly formed and needs a lot of work. Definitely not for a beginner, recommended for VW fans who will commit time and patience to the build.

Other comments - The worst area is the front windscreen shape which doesn't look right. Some who have measured real VWs advise the kit is slightly over scale for 1/72.

Below picture shows all the VWs from MW's range. 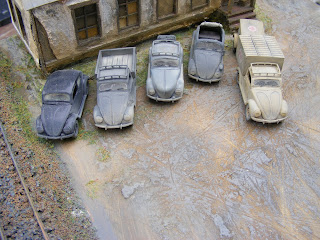