Construction Comments. The T-26 turrets supplied in the kit lack rivets that were in place on these type of turrets. I used water filter balls as rivets (drilling a depression to insert them into), which is a slow but generally neat way to get the needed rivet heads. There were some bad fit issues between upper and lower hull, as the sides were not straight, the sides were slightly concave, which made joining the upper and lower hull halves neatly very difficult. I used filler to cover the worst of the joins.

General Comments. A lot of metal etch supplied in the kit. Though etch is not universally popular, it doesn't take long to get used to it, just using a knife blade and tweezers is sufficient to fold and manipulate the etch parts. Liquid super glue used to affix etch to plastic. For me the etch railway couplers at each end of the wagon are very unconvincing looking, and I have left them off, pending making or finding suitable replacements. Still makes up into a great looking subject. 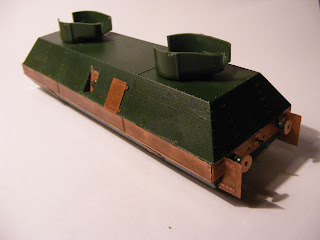 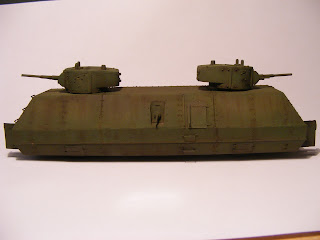 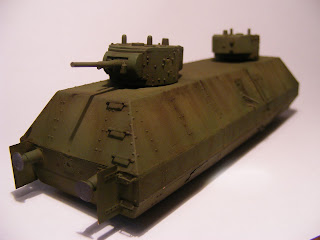 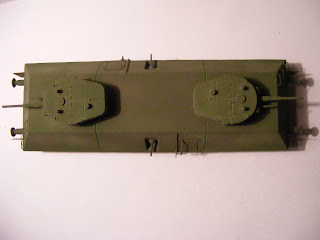 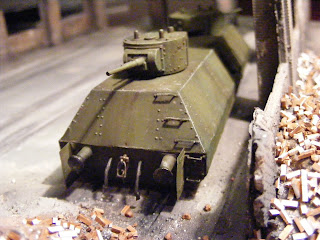