UMmt latest rail release was an unusual choice - an armoured rail car (sometimes called a draisine). Only a few pictures exist of this vehicle, and there is some debate whether only one existed or whether there were more made. UMmt acknowledge this, and state that this car operated in Finland, probably between 1941 and 1943. UMmt advise the rail car was made from parts of bagged russian trophies from the 1939-40 Winter War with the Soviet Union, the rail car having a BA-10 turret with 45mm cannon and 7.62mm MG, and was built from parts of many vehicles, which included parts from a BA-20 armoured car and from two Komsomolets artillery tractors. What became of the rail car (or cars) is unknown. This is the first 'axis' rail vehicle that UMmt have given us, all their previous have been russian rail draisines and trains. The "sister" company UM have given us a number of axis draisine kits. 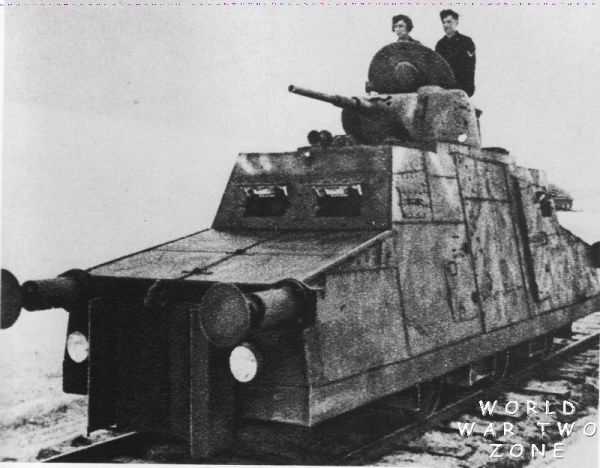 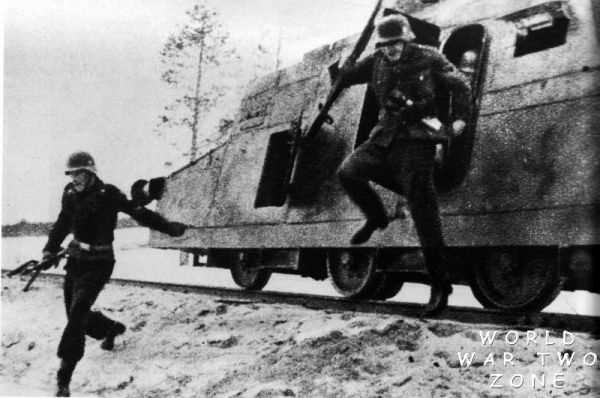 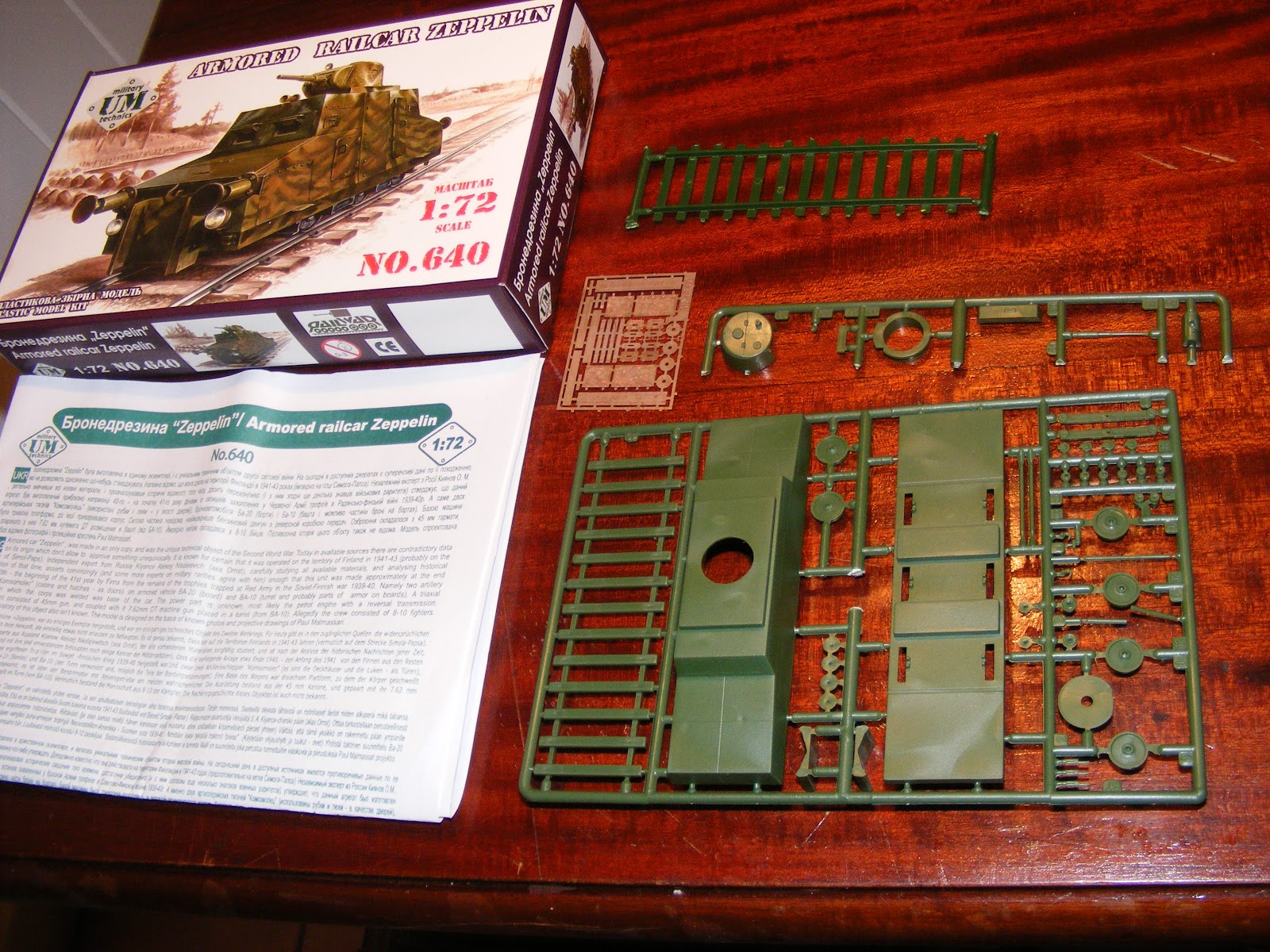 First Impressions. It would appear to be quite a fast build, except for the etch parts, which always take a bit longer to remove, clean up, bend, and attach.  The chassis is just two pieces with panel joins being lightly etched into the plastic. It appears a few rivets or bolt heads will be needed, though the draisine (in period pictures) appears to be mostly unrivetted/unbolted, & the instructions advise this vehicle was mostly welded. The turret also will need a few small rivets.

First stage of build was to make the wheel assemblies and affix them. For some reason many of the underneath parts are etch, which seems unnecessary, I'd prefer to have these parts cast in plastic for simplicity of removing from sprues, clean up and attachment.

The etch parts are very firmly attached to their sprue and it took a fresh blade in a heavy duty knife to detach them. 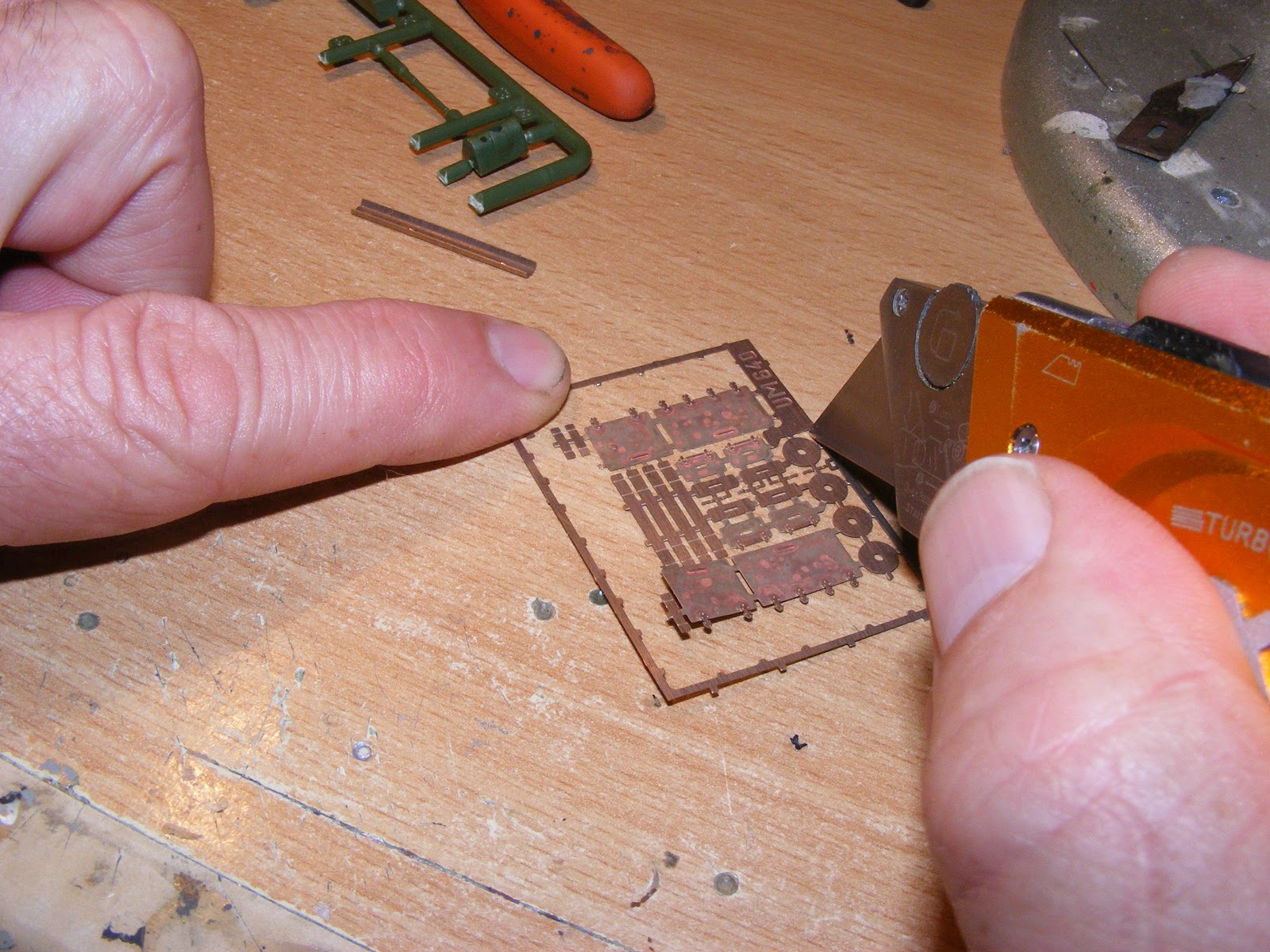 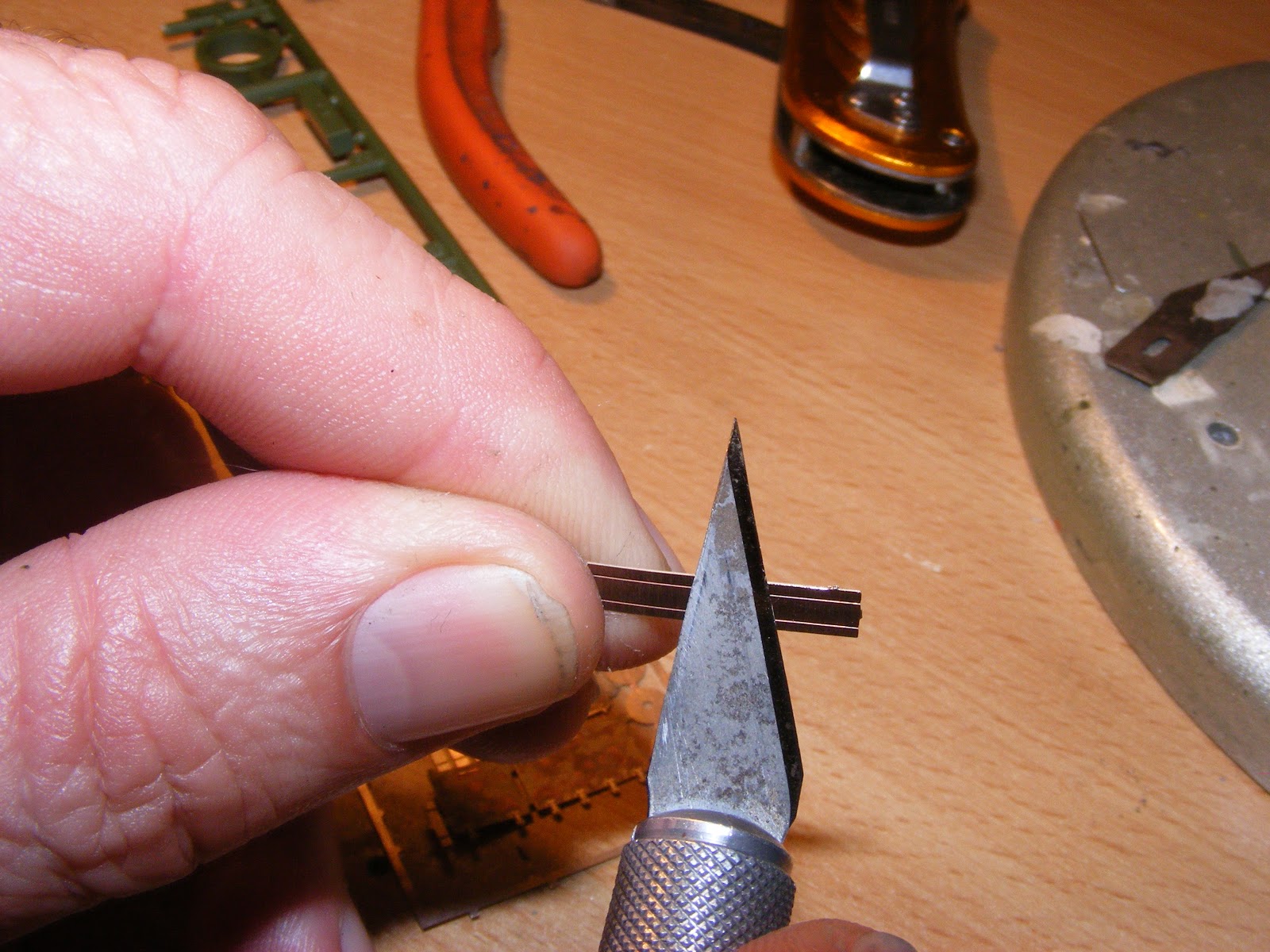 Then a clean up on each part with an exacto blade to remove tiny stubs of etch. 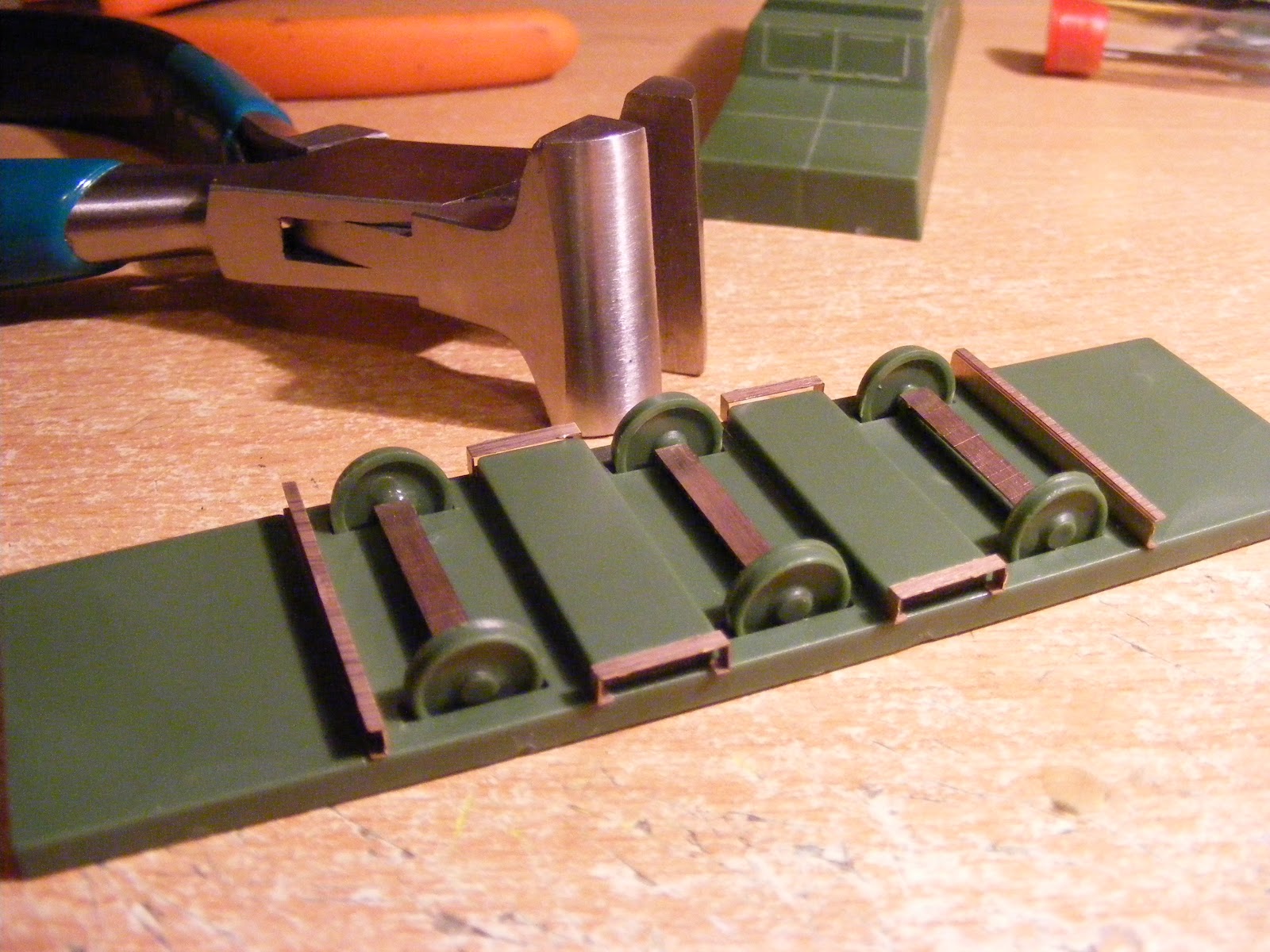 Parts were bent with an 'etch bending tool' and affixed with liquid super glue.

Update 10 January 2012. Below is a picture of progress to date. I scribed some body panels lines a bit deeper, and later found that some of the lines are not quite correct, when compared to period photos. I had intended to put stretched sprue into some of these lines to represent neat welds as can be seen on a couple of the clearer period photos of this railcar, but am still deciding what to do there.

The upper body and chassis are a very good fit. I have cut one of the driver's access doors open. No one knows what the interior looked like so I will not be adding any. The doorway will be filled with a figure climbing in or out.  I made side vision ports from plastic card (vision slots made with sharpened micro screw driver and exacto blade tip). The side ports supplied are about the right size, but I have used them as the front and rear vision ports. I have also used styrene rod for the buffers, and used aftermarket brass buffers, more detail why is below. Pictures below next to (modified)Armageddon Flak und Kanonenwagen. 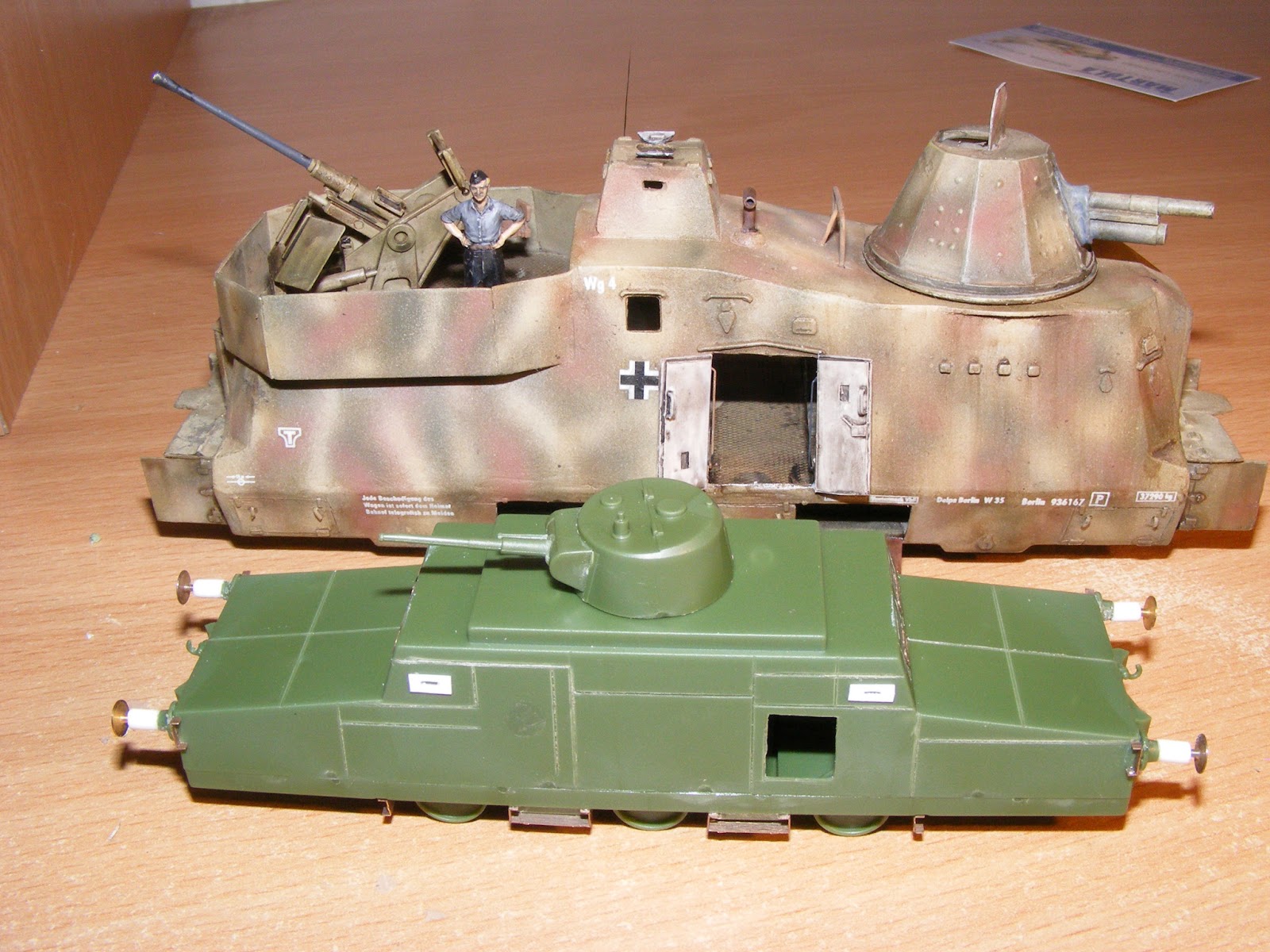 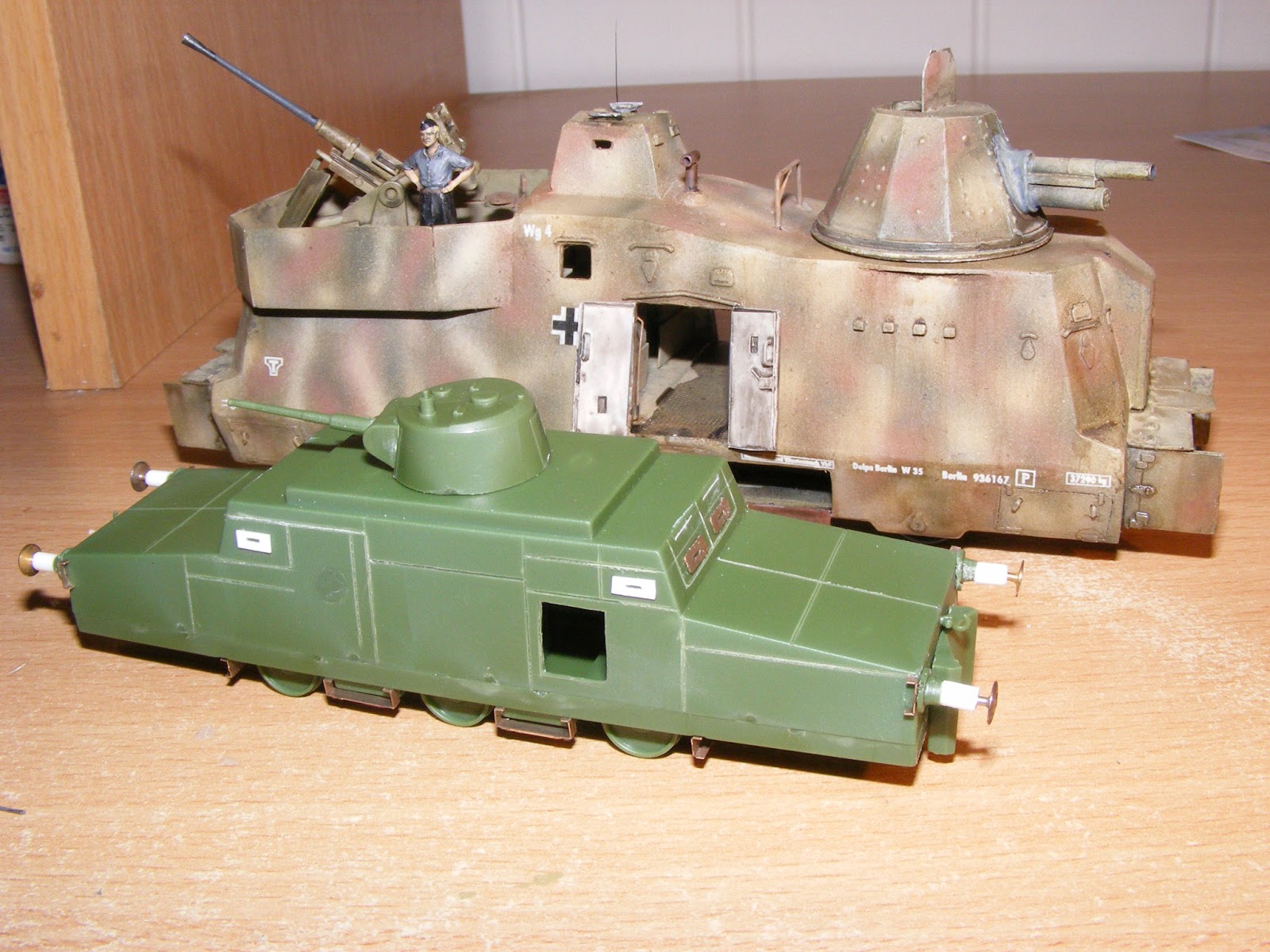 A total of 9 period photos have been found of this vehicle. The photos compared to the kit show a few small differences.

i) The large side entry doors in the kit are squared with both sides being the same length. Photos show the leading edge of the door was shorter, which created a tapered shape. The panel line above the door is cast horizontal, whereas should be angled downwards, following the line of the top of the door.

ii) The large side entry doors were not flush with the sides - photos show they protruded outwards.

iii) The driver's vision ports front and rear are quite large and the instructions show to mount them quite high in the superstructure. Photos show the front (and rear) ports were not as large as the kit depicts & need to be mounted much lower.

vi) Some period photos show what appear to be 'rain guards' or 'sun shields' above the front and rear vision ports. This was evidently a later addition as not in all photos. None supplied in kit.

vii) Some period photos show a small flat jutting piece of metal at the bottom of the body superstructure, front and rear, about a metre from each end. It would appear to be a kind of footstep.

viii) Period photos show some hinges and attachments on the bonnet, which are not in the kit 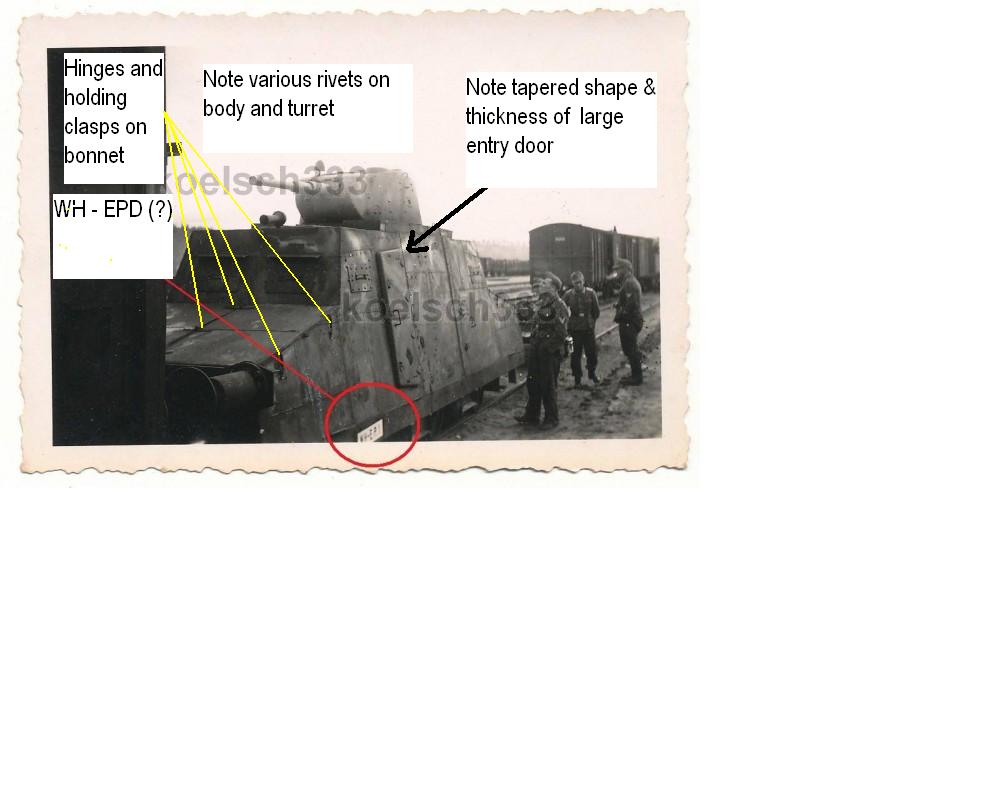 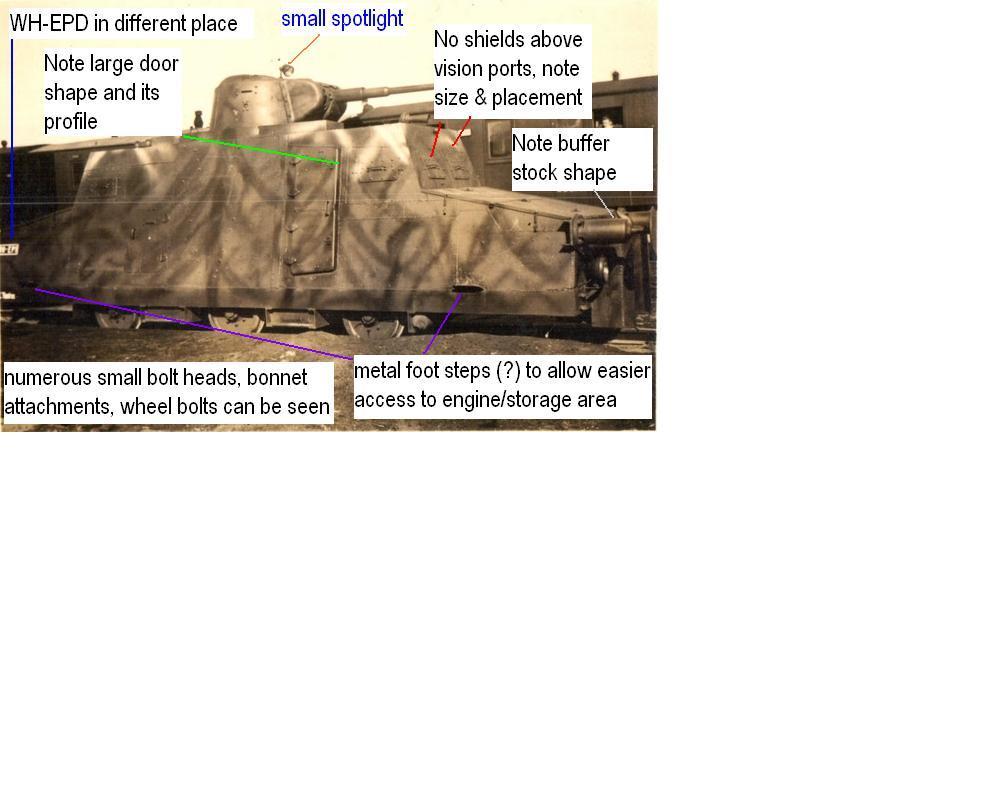 All the above are small things. The kit could be built straight from the box and still be a fine looking model. They have been included for interest, and for those who may want to tackle any of the above points in their build.

Update 26 January 2013. Work and family (and the subsequent exhaustion they cause)  have kept me away from any progress for a few weeks, till now.

First up I have given the whole model a coat of grey enamel just to help to spot any poor joins or defects.

The kit has a couple of tiny sink marks and a subtle scrape mark down one side. I checked with another person who has this kit and his kit also has the scrape. It would be quite easy to fill, but I have left it, and the small sink marks as they look like real damage to the panels. Remember this is a 'home made' draisine from second hand captured war booty from the Russian/Finnish Winter War in 1940. It would be surprising if every panel was perfect. 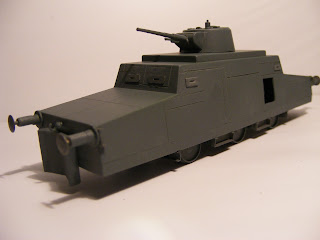 The kit buffers were replaced with brass ones from a model railway shop. They are much finer cast and a more correct shape.

I added the little side foot steps, that can be seen in at least one photo, to the front and rear, on each side, made from spare styrene sheet.

The turret in the kit is very plain. References show that BA-10 turrets have visible details so I added vision ports, pistol ports and rivets made from tiny water balls, placing them in countersunk holes made with a micro drill bit. A total of 43 rivets were added to the turret. I also added two join lines in the turret from styrene strip, and cut off the rear panel as it was incorrectly shaped and added a more correctly styrene piece. 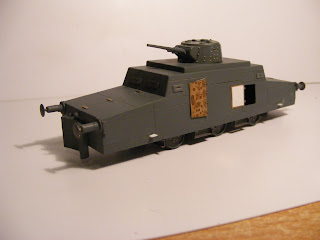 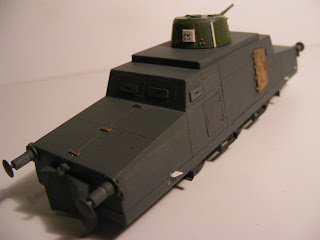 I also added rivets to the wheels, as these can be seen in at least one period photo.

Bonnet hinges can be seen in period photos, these were made from spare etch. 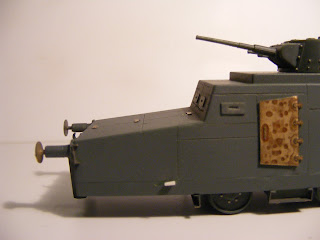 Update 17 March 2013. I added a few more rivets/bolt heads to the body sides & front, as can be seen in some period photos. Vehicle has now had an overall coat of Model Master enamel Italian Olive Green. No one can say with absolute certainty what colour(s) this vehicle was painted in reality, no colour pictures exist, but a shade of 'green' seems likely. Progress shots below 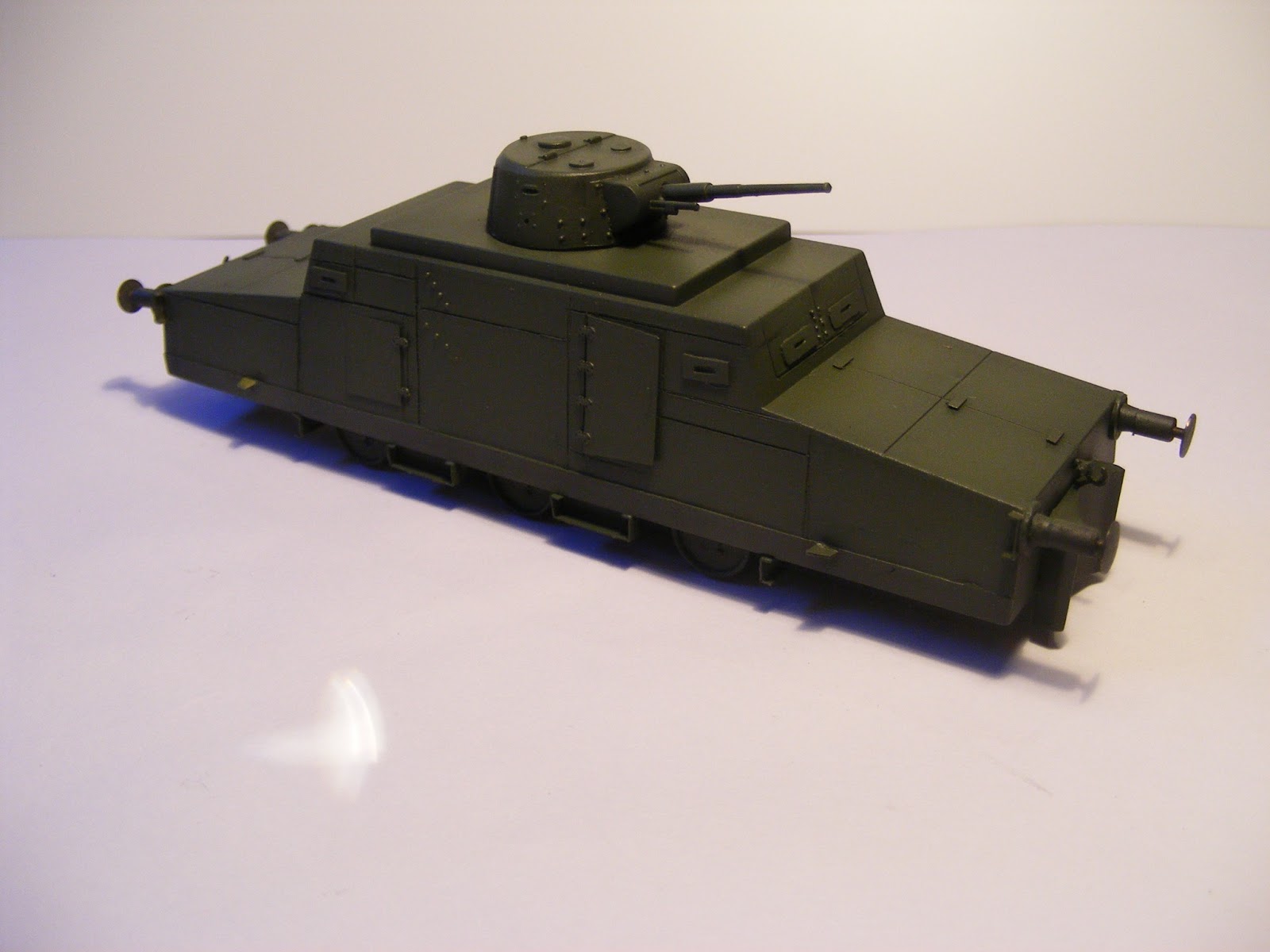 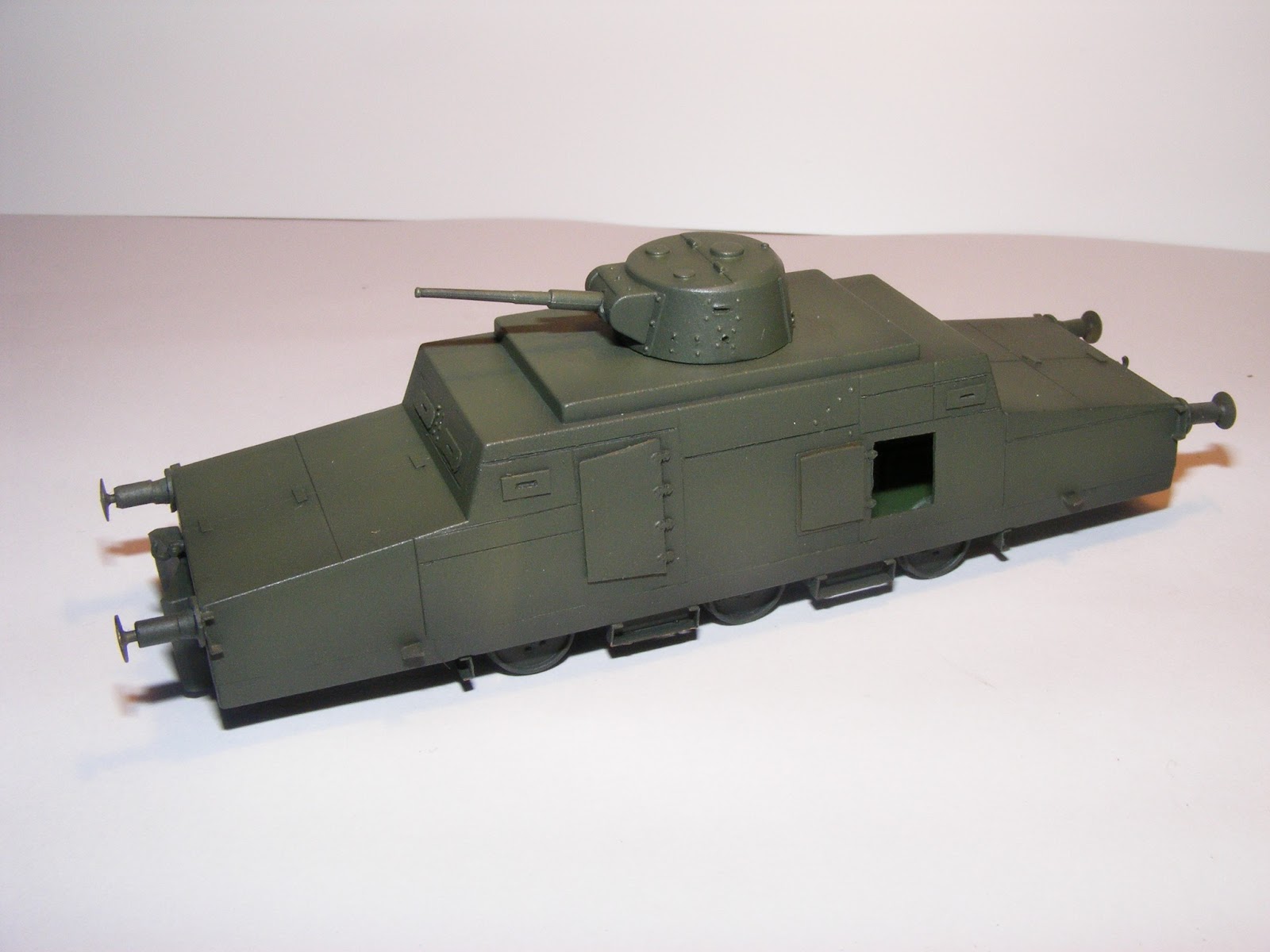 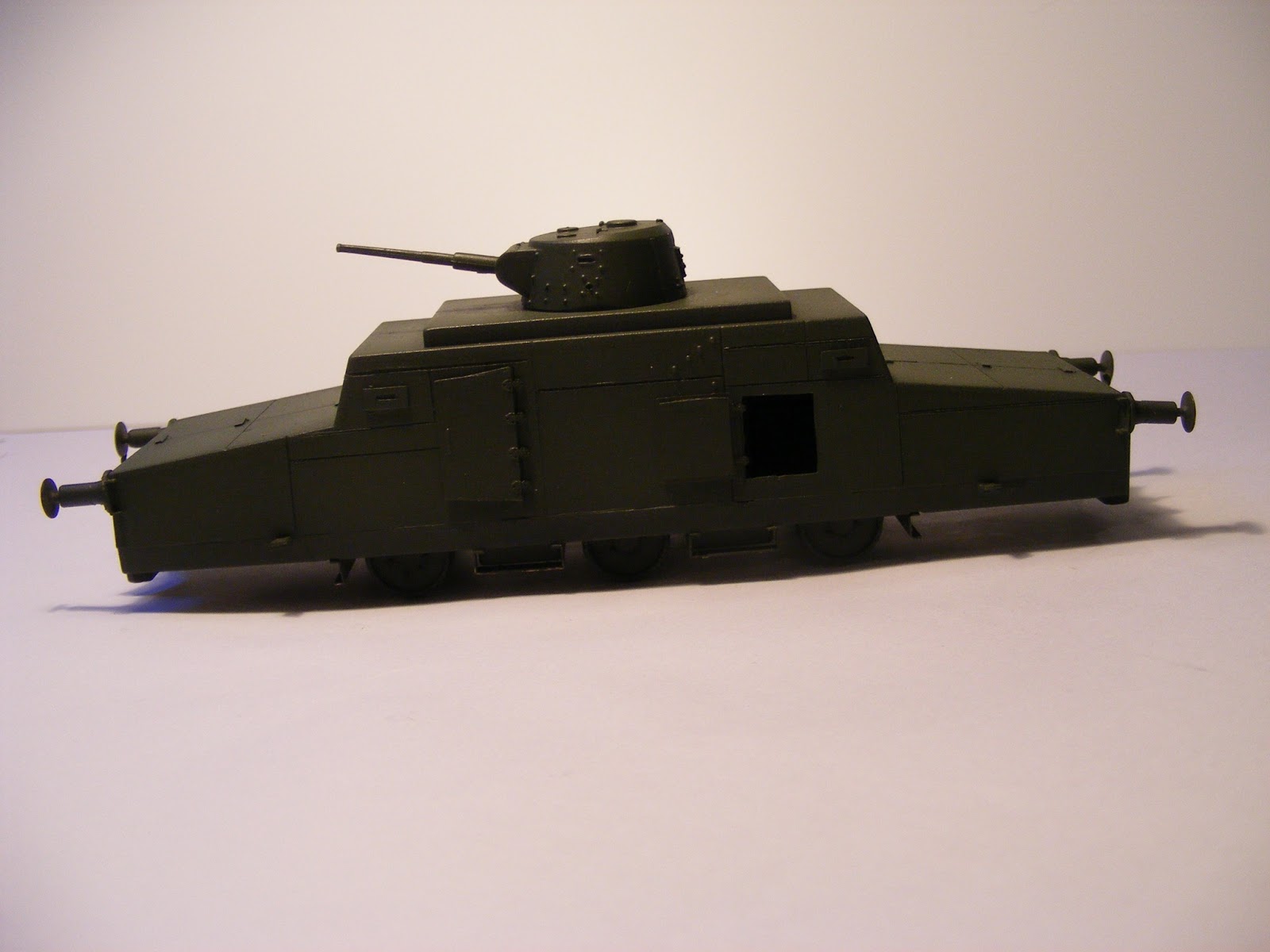 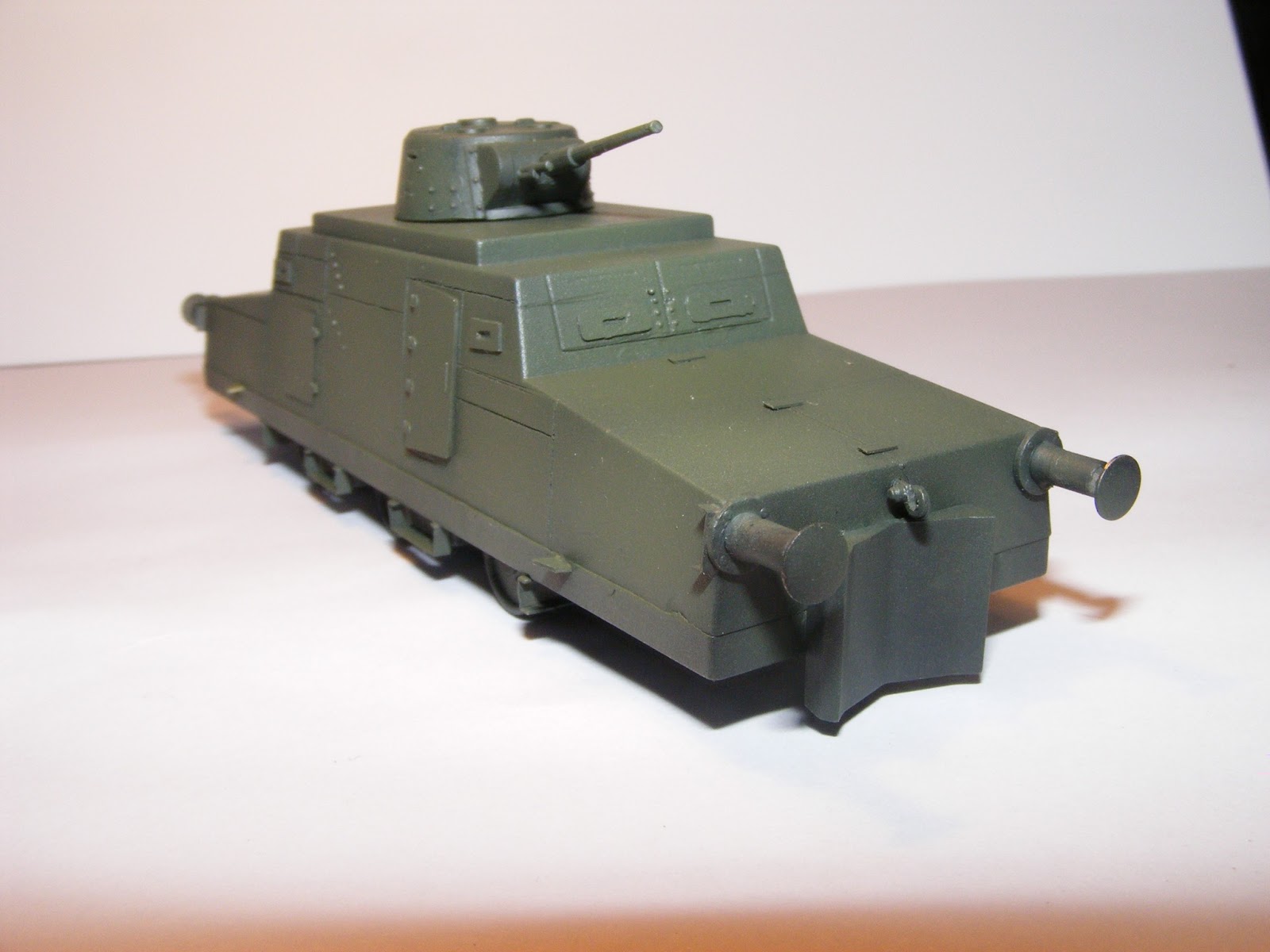 Updated Sunday 14 April 2013. A bit of weathering and dust has been applied, this one is now very close to completed. 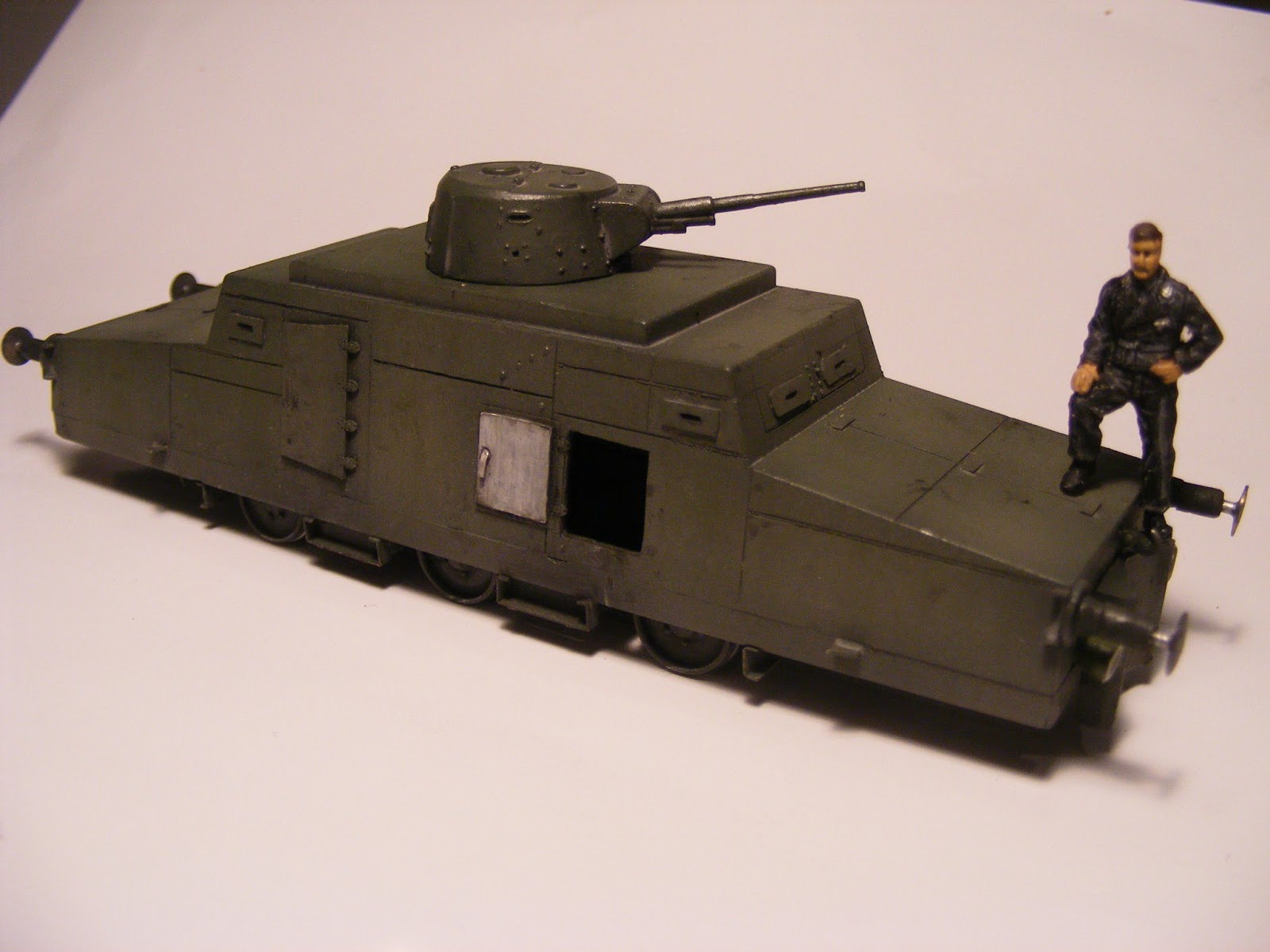