Construction comments. Two things stand out on this kit - no zimmerit and no tread plate on the mudguards, though period photos show this tank had both, when in operational use.
I made a kind of zimmerit look with a sharpened micro screwdriver, and used embossed cigarette packet foil for the mudguards as can be seen in the below pictures. I also scraped off the moulded on tow cables and tools and made my own cables from braided wire, tool rack from etch, and tools from the spares box. I also added extra shackles to the front, as per period photos of this tank, and replaced the cupola with a Revell Tiger part, as advice and photos indicate its more accurate. Hull MG was left off as it isn't shown in place in period photos. Other than my changes the kit was a straightforward build, but if you build this kit, don't be like me, and get the drive sprockets mixed up - I noticed & replaced mine, but its rework better avoided. 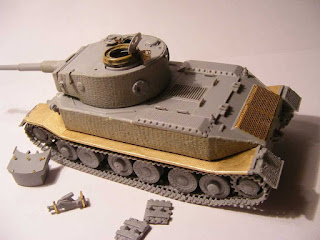 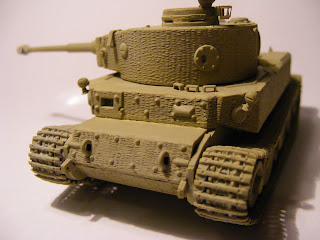 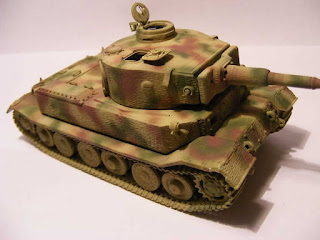 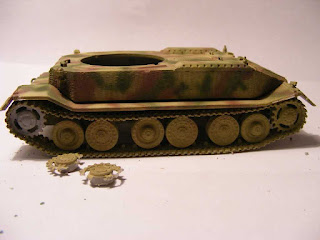 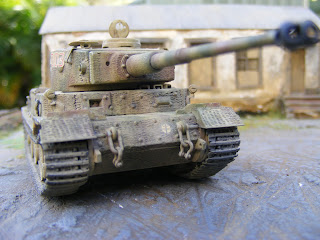