UM Kit 259 Tank Carrier with PZ.Kpfw 38(t). These were attached to armoured trains for extra protection and to give the infantry mobile armoured support when they had to leave the train.


Construction Comments Tank Carrier. No major issues with building the tank carrier, though it helps if you have clear photos or plans to work out exactly where to place the hinged door parts. The door can be placed in the up or down position, though the difference between the two positions is only a few millimetres. With a little extra work the door could easily be made to hinge. Only missing piece is a hand brake wheel for the side, I had a nice etch one to add.  I also made hinges for the back plate, from card & rod. Only basic german crosses come as decals, I added Armageddon decals to my build, though they are not really needed, wartime pictures don't often show these markings, as they were frequently painted over with camouflage, and whitewashed in winter


Construction Comments T-38 tank. The tank supplied in the kit is the standard UM T-38. Its a very nice build. The only thing absent on it is the rivets on the back engine plate. I made some using my water filter balls (one filter supplies thousands), drilling holes to insert the balls into.


Other Comments. This kit is very much better than what Armageddon Mach 2 supply in their armoured train kit. These tank carrier wagons were also added to Heavy Scout trains (UM kits 255 & 256 - but not to light scout trains such as UM kit 257). 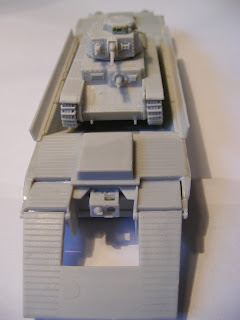 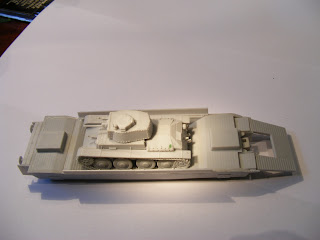 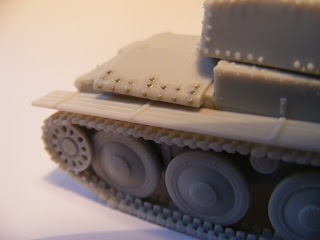 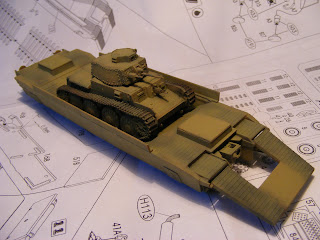 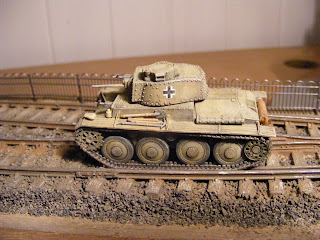 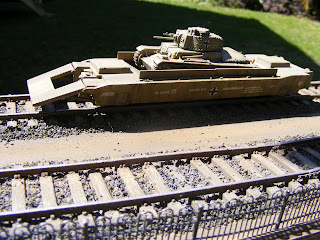