Military Wheels Kit 7253 SG-122. The SG-122 was a russian experiment to mount a large calibre gun on captured German Panzer III and Stug III chassis. Possibly as many as 20 were built. It was not a success, as the chassis was overloaded.  Also the development of the SU series of self propelled guns meant no need for further development on captured chassis.

Construction Comments. Very poor fit of lower and upper hulls, the lower hull being too short, much putty and sanding needed, also of the lower hull sides, to allow the upper plate to join. The box like structure that houses the gun also had some fit issues. General casting of road wheels and track is not the best, but looks acceptable, once all painted and done.

Other comments. No anti slip tread on the mudguards, I glued on embossed cigarette packet foil. I also added lift hooks made from bent wire. No photos of this vehicle exist, but it is mentioned in official soviet war time documents and a set of blue prints for it can be found on the web. 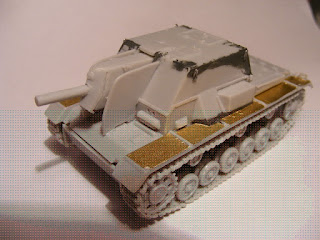 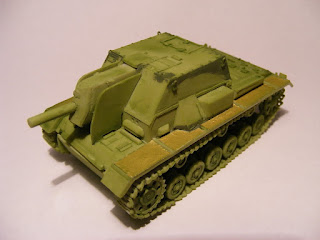 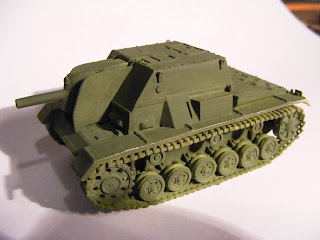 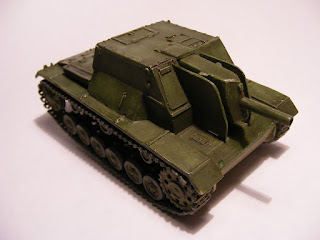