Hello. This kit would more correctly be titled "GAZ-AAA truck with mounted 61-K AA gun".
The box is also lablled "PST Zebrano" and "Limited Edition". What you actually get in the box is the UM GAZ-AAA & a 37mm AA gun, minus the 4 wheeled trailer these were usually mounted on. I'm informed this is a very unlikely combination, the weight and recoil of the gun would soon cause damage to the cargo tray, suspension, axles and chassis. More realistically this gun would be towed by this kind of truck. Photos that seem to show a 37mm AA gun on GAZ trucks are actually a lighter 25mm AA gun. However no one makes a kit of the lighter 25mm AA guns, unfortunately.

The kit. As mentioned above, you get all the parts of a UM GAZ-AAA truck and for a 61-K AA gun. You get 4 additional parts to replace the sides on the cargo tray, as the 61-K mount was almost too large to fit the tray, requiring modified sides.

The gun - not a bad looking model, I also believe this is not a PST kit, its another maker's work placed in a PST box. The more recent Zvezda 61-K is a much finer looking 61-K.

The truck - this is simply a UM kit put in a PST box. Parts are very finely cast, with none of the cleanup of parts required on the MW GAZ trucks, and UM has separate rubber tyres which some don't like, though I have not had any problems with these tyres on a past build.

There is no ambiguity with the exact location where parts need to be glued as is the case with the MW GAZ, this kit has been engineered with pin & hole locators, and in other places lugs and gaps that fit neatly together, to leave no doubts as to where parts should be located. Casting of fine detail such as bolt heads on brackets is very good on the UM kit.

Overall the UM GAZ is much easier to build, and the component pieces are evidence of better detailed casting than MW, but despite all that, when assembled, the MW GAZ looks better. The UM GAZ is slightly smaller than the MW GAZ. Its unknown to me which is closer to 1/72 scale.

Note that I intend to finish this as a plain GAZ-AAA truck - with no big gun mounted on the back !


Below is partly assembled truck, showing some detail of rear axle and differential assembly 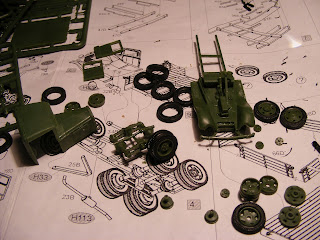 Truck almost at the stage where first coat of paint can be applied,  a trouble free build 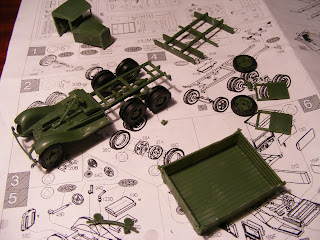 Vehicle with light spray paint of green, and AA gun fitted in the back. As can be seen it takes up the whole width, and additional parts in the bag (see below) are intended to replace the sides, but as I won't be mounting this gun, I will leave the GAZ as a standard truck or perhaps may mount a Quad Maxim in the cargo tray. 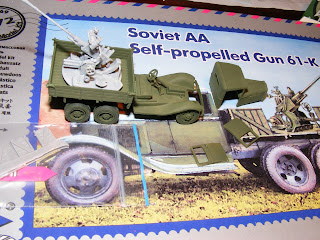 The side parts out of the bag, destined for the spares box, as is the AA gun. The GAZ AAA truck still far from finished, only changes from stock build are replacement of door handles with bent and filed down wire, and also will add window wipers, all to come after final paintjob, washes, weathering and some dust. 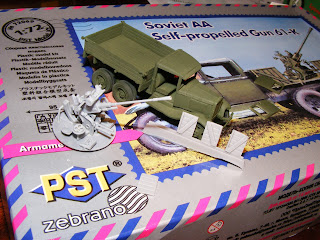 Update 05 August 2012.  I have over sprayed the upper areas with Humbrol Enamel Matt 226, to lighten up the panels that natural light would illuminate, leaving the lower areas in the darker green, that usually would be in shade. Still a lot to do, progress picture below, with gun mounted in back. 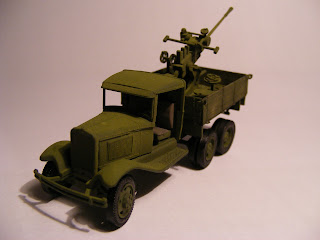 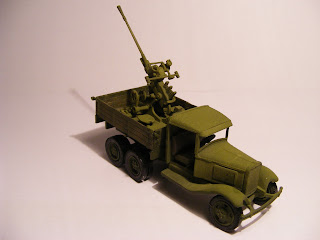 Update 12 August 2012. The GAZ-AAA has had a spray of light moist muddy water, paint used was thinned Model Master enamel 'Italian Sand'. Still a lot of work to do before this one is 'finished' 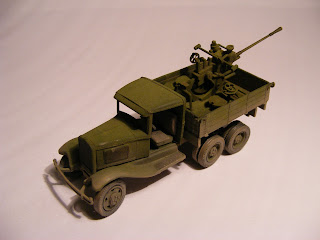 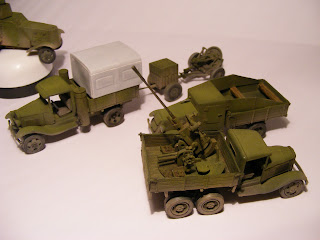 Update 26 August 2012. The truck has had window glass (clear acetate sheet cut to size) added to the windscreen and rear cab window. Door handles have been made from wire filed and bent to shape. The headlights were drilled out, painted silver and filled with liquid 'Window Maker'. More light mud was sprayed on the lower areas. The doors are lightly held in place, so that I can take them out to add a driver or passenger later, if I want to. Photos of these trucks show usually just one window wiper, for the driver's side. Window wiper added was a cast etch piece . Model built from the box except for wire door handles and etch window wiper.

Below are pictures from different angles, including with and without the 37mm AA gun. 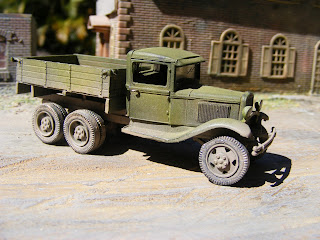 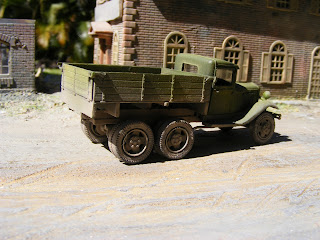 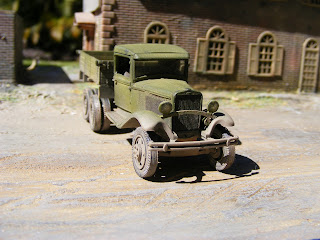 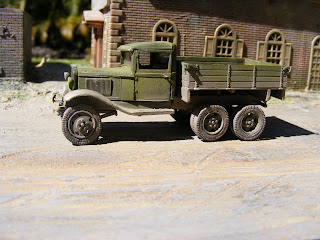 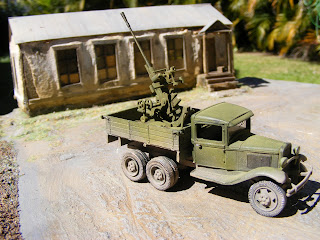 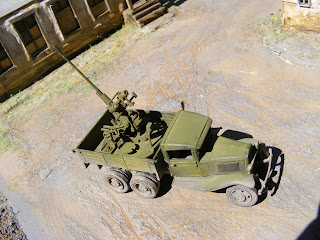 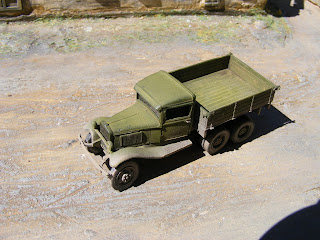 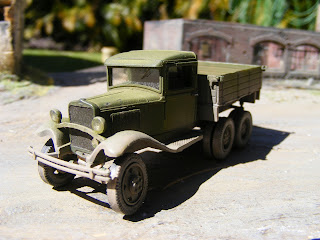