RPM kit 72307 Aufklungsfahrzeug P204(f). This is a french Panhard armoured car pressed into german service, with could be converted to run or rails. These were used to scout ahead of armoured trains and for track protection.

Kit Construction comments. This kit went together very well. Checking detailed plans & photos of period Panhards  I decided to so some additions to this build.  I added  missing bolt heads to the rear doors & sides of turret (using stretched sprue, sliced to make tiny round 'bolt heads'). I opened up the three observation flaps around the driver's compartment. Thinned the frame aerial, and added a semi circle brace to it made from wire. I also added a radio cable from the driver's compartment to the rear of the frame, with two supports, as seen in some photos, and added large headlights to the front as seen in some photos.

This vehicle was very enjoyable to build. 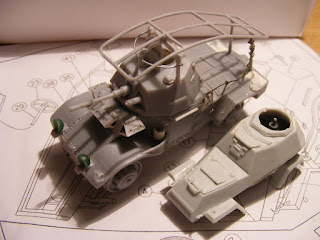 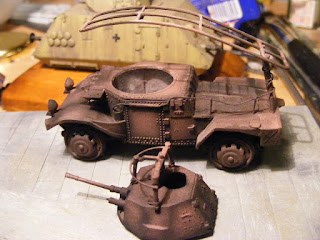 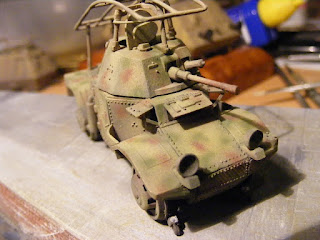 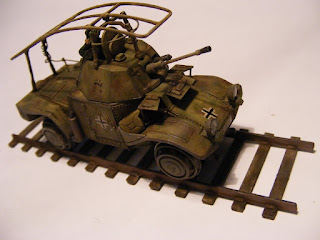