Armageddon is also labelled as "Production Mach 2" so I'm not certain which name most accurately describes the manufacturer.

This post will show the stages of building this single wagon.

Panzerjaegerwagen. The BP42 trains had proved their value to the extent that their production continued after the first 6 were delivered in late 1942. It was decided that the train needed to be better able to defend itself from tank attacks, particularly by the increasingly common T-34. It was decided to add an armoured rail wagon with a Panzer IV turret, at both ends of the train to increase its attack and defence capability. This change saw the renaming of these trains to BP-44. Production of these wagons commenced in June 1944. Around 80 were built, and were also attached to other armoured (and also were probably used on other semi armoured or unarmoured trains). There were two types produced, the main noticeable difference being a differently shaped armoured body, and the inclusion of what seems to be a storage box on the rear superstructure. The type in this kit is the variant without the storage box.

Armageddon's kit has the body shape basically correct. The casting is not terribly good with some warping, and it has none of the bolt heads that can be seen in photos & on plans. The body had to be clamped for 24 hours to take out the warps as can be seen below. 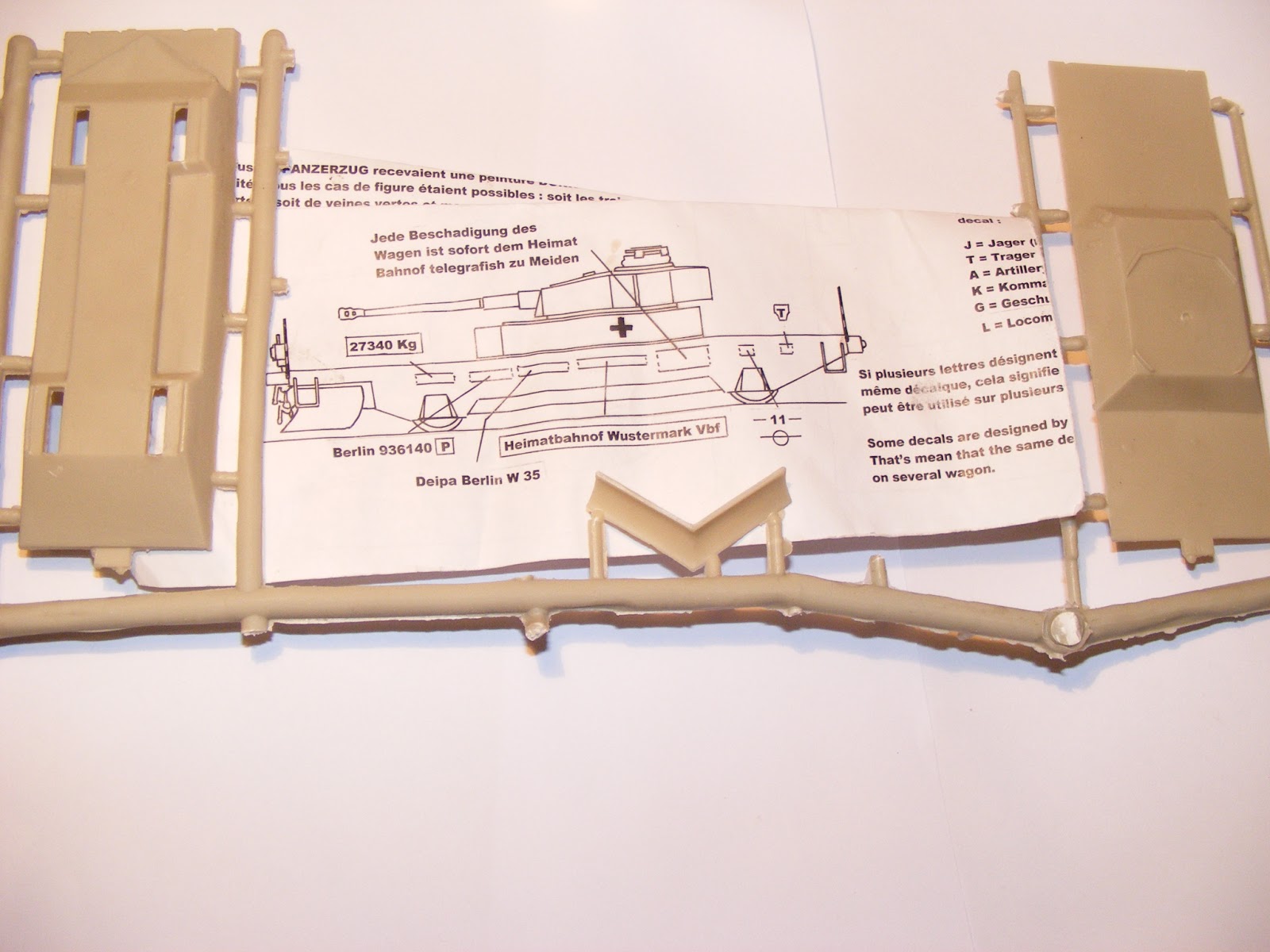 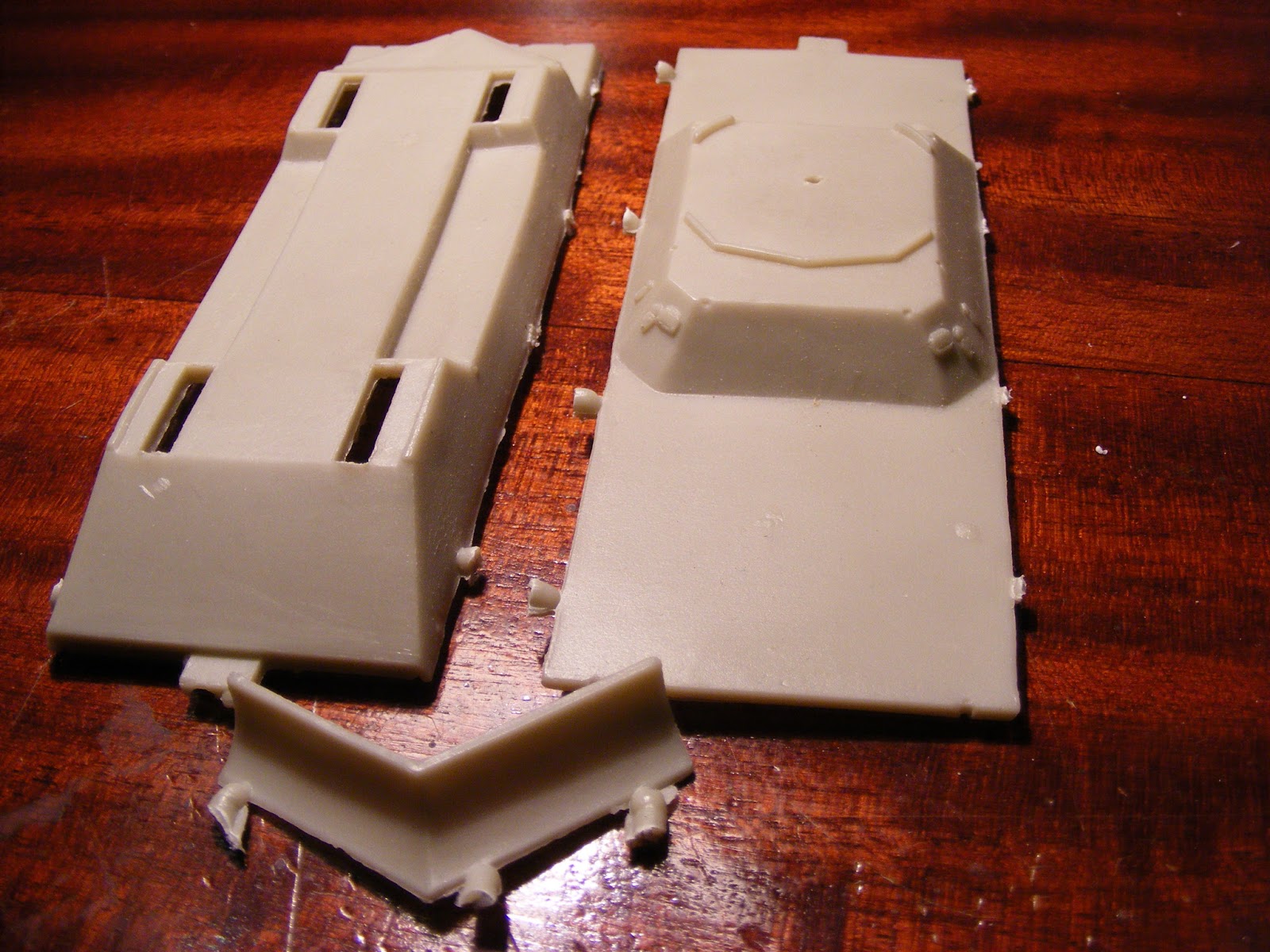 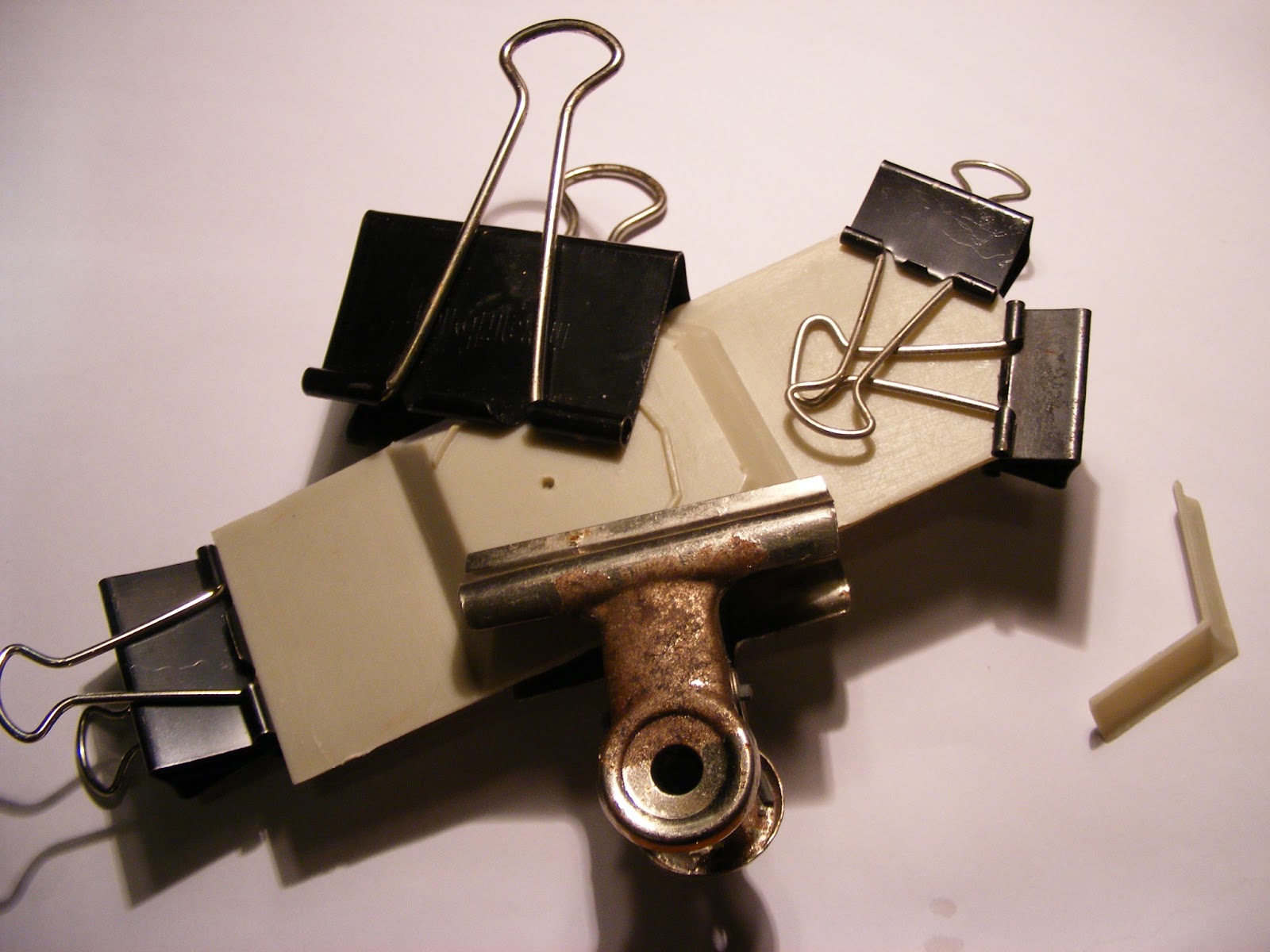 Next job was to lightly fill the joins, & sand them. Then I measured the length and made small marks with a pencil where the bolt heads needed to be placed. I then drilled a small hole and placed in a water filter ball with a moistened toothpick. When all were snugly placed I gave a light coat of Testor's Dullcote over them to seal them in. 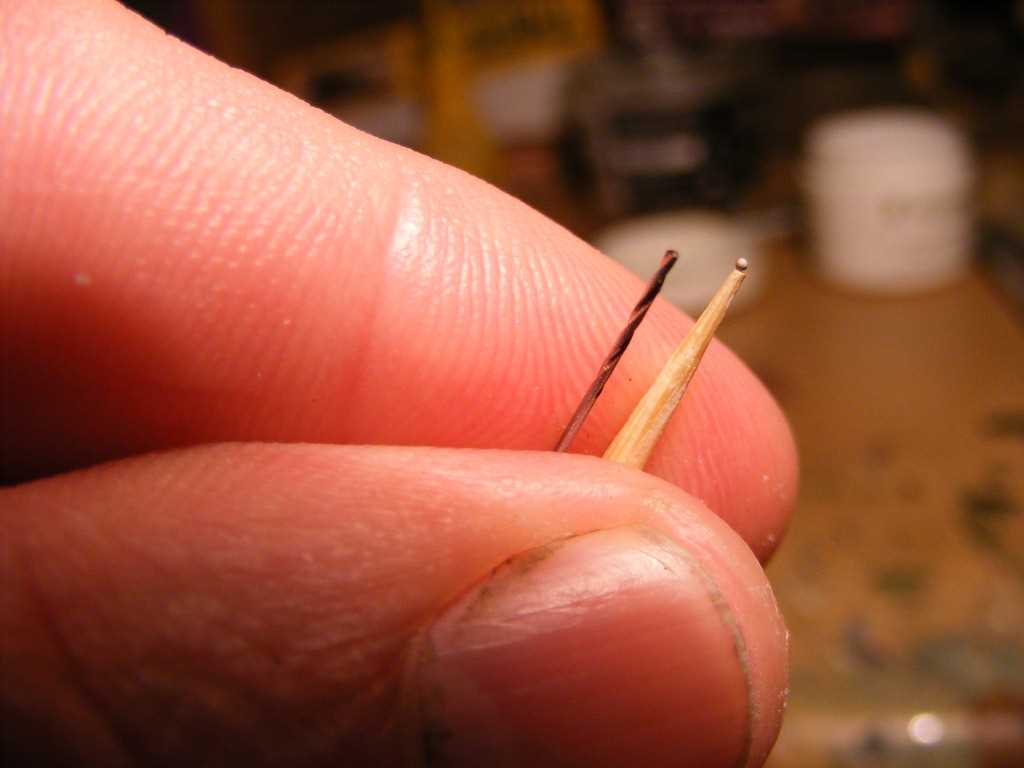 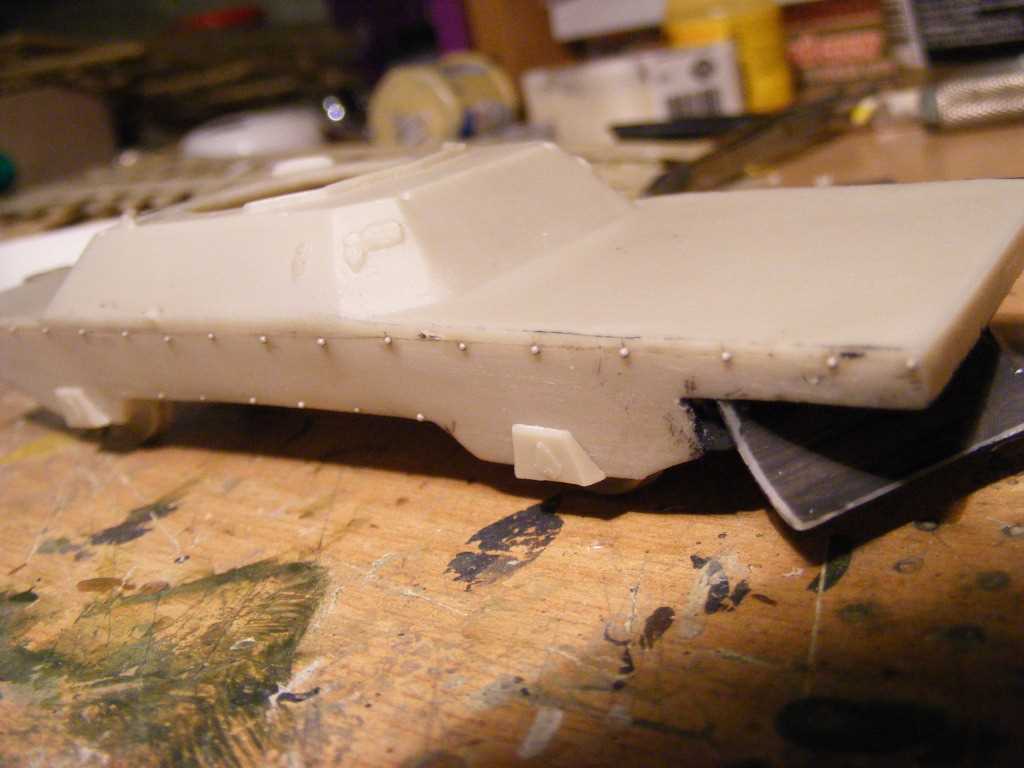 From here on I did not use the parts supplied in the kit. Those supplied in the kit are not very well cast so I used replacement parts (Revell turret, RB barrel, etched turret skirts), or made parts from steel wire (staples) copper wire, brass tube, Evergreen plastic card & plastic rod or differing thickness, and stretched sprue. The parts were made ny studying pictures and scale plans in the Trojca German Armoured Train book. 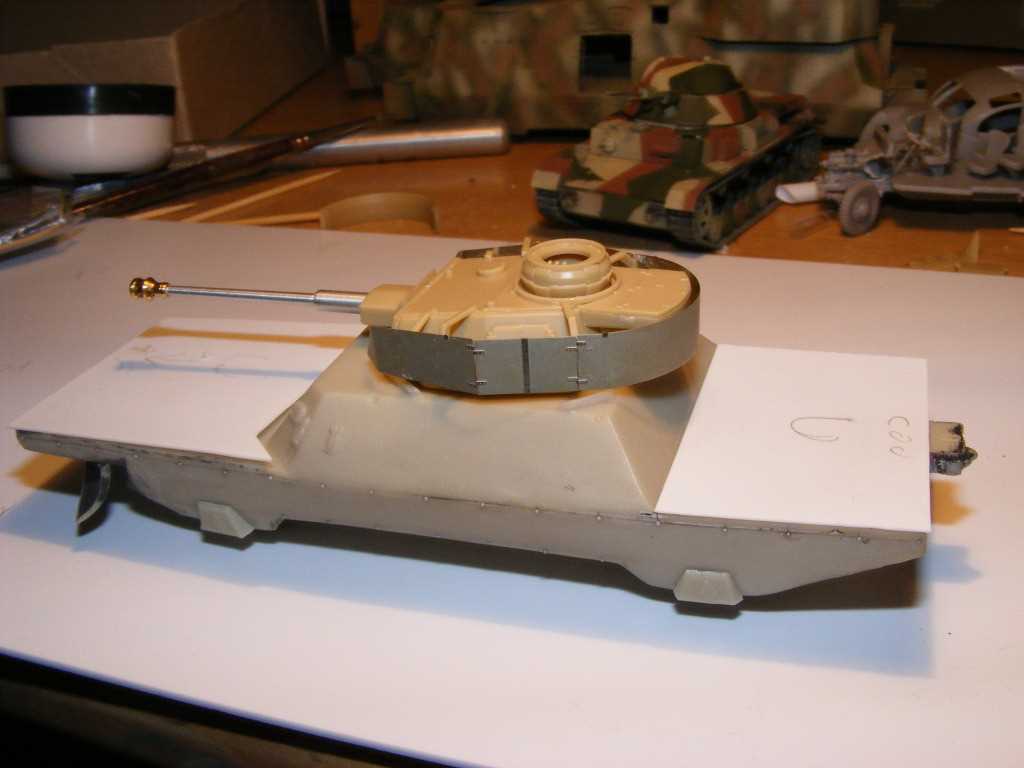 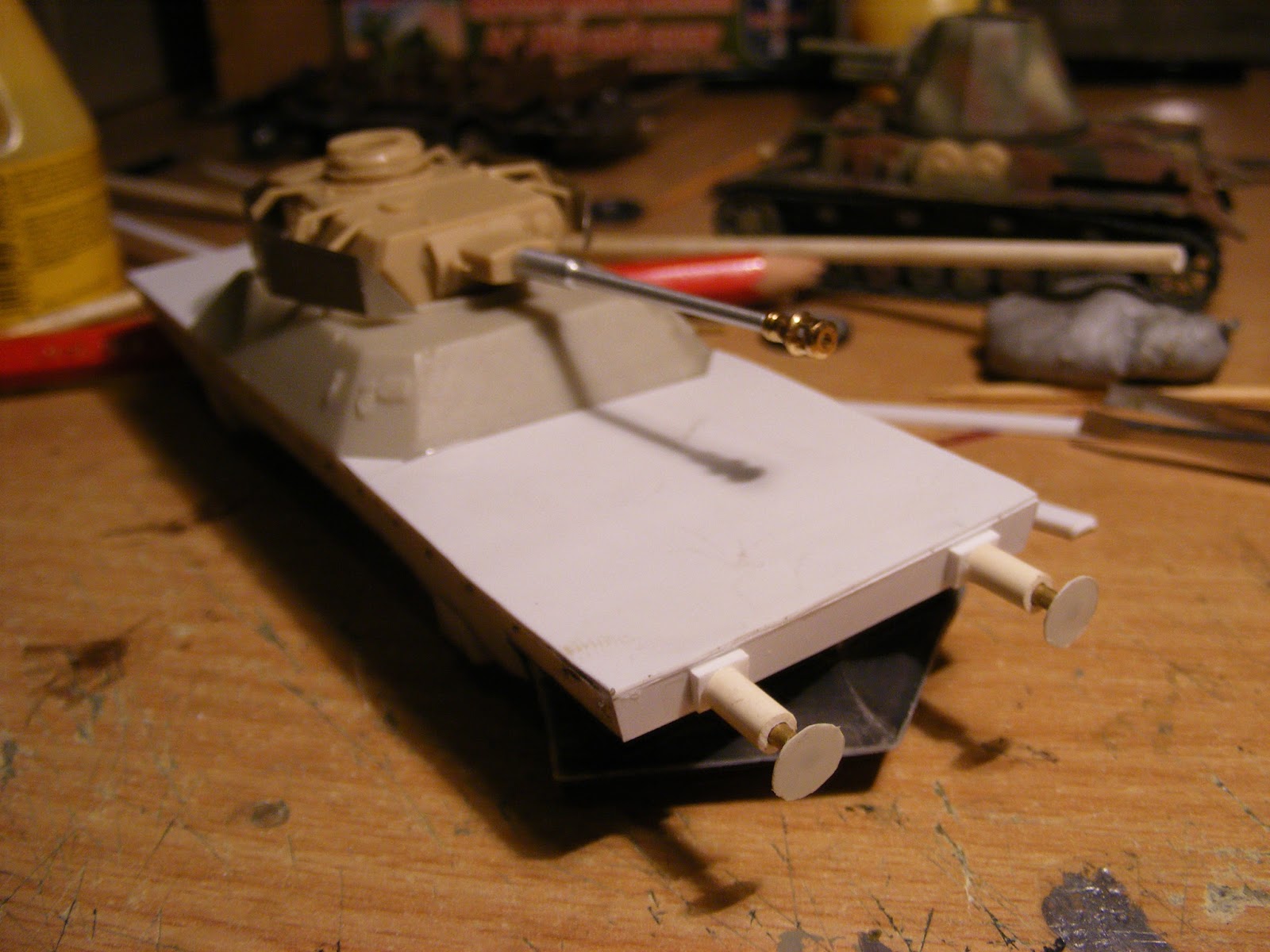 Below is the completed model ready for paint, including a picture indicating what the parts were made of. All bending of metal wire was done with a tool shaped like pliers, or with metal tweezers. 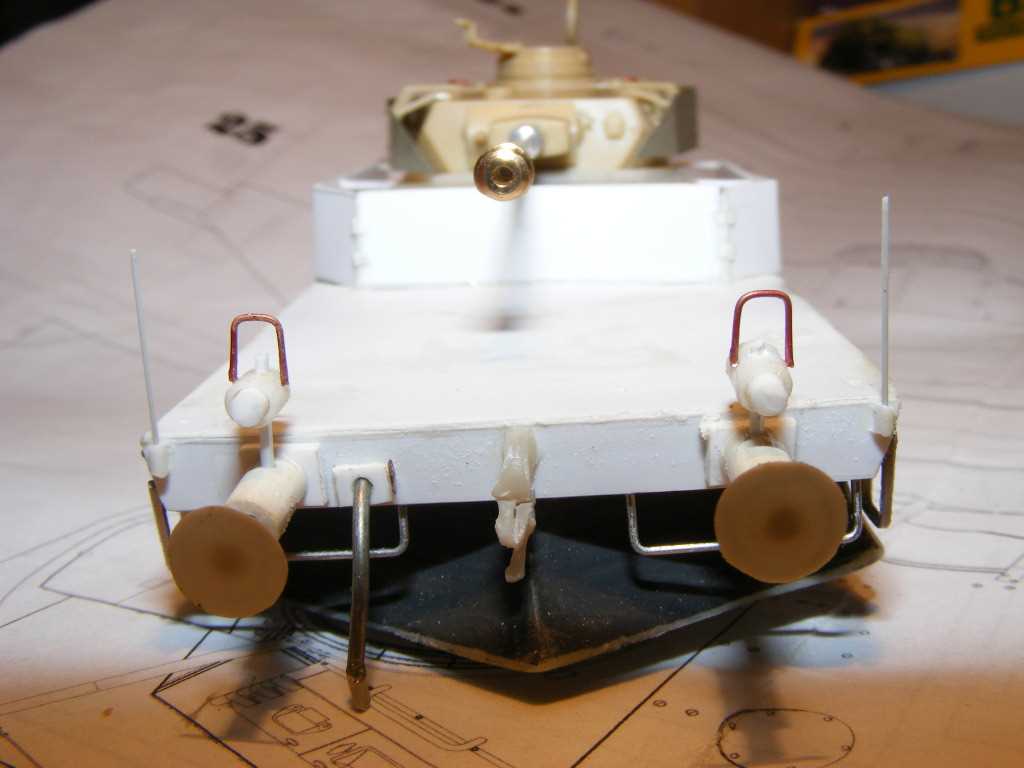 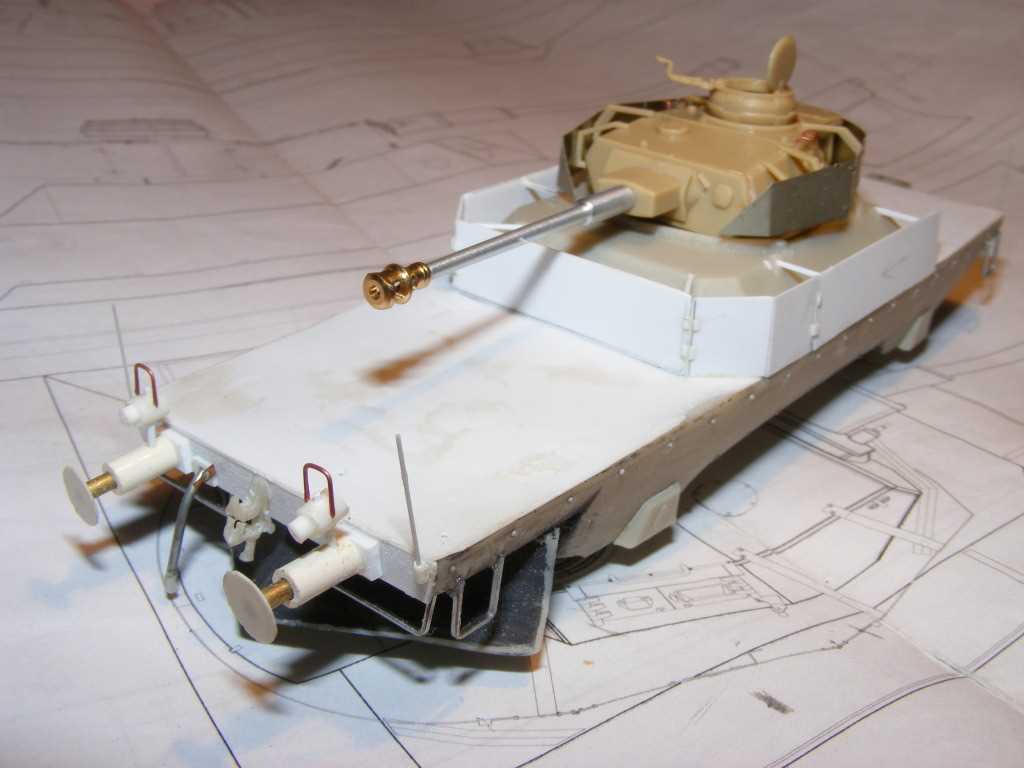 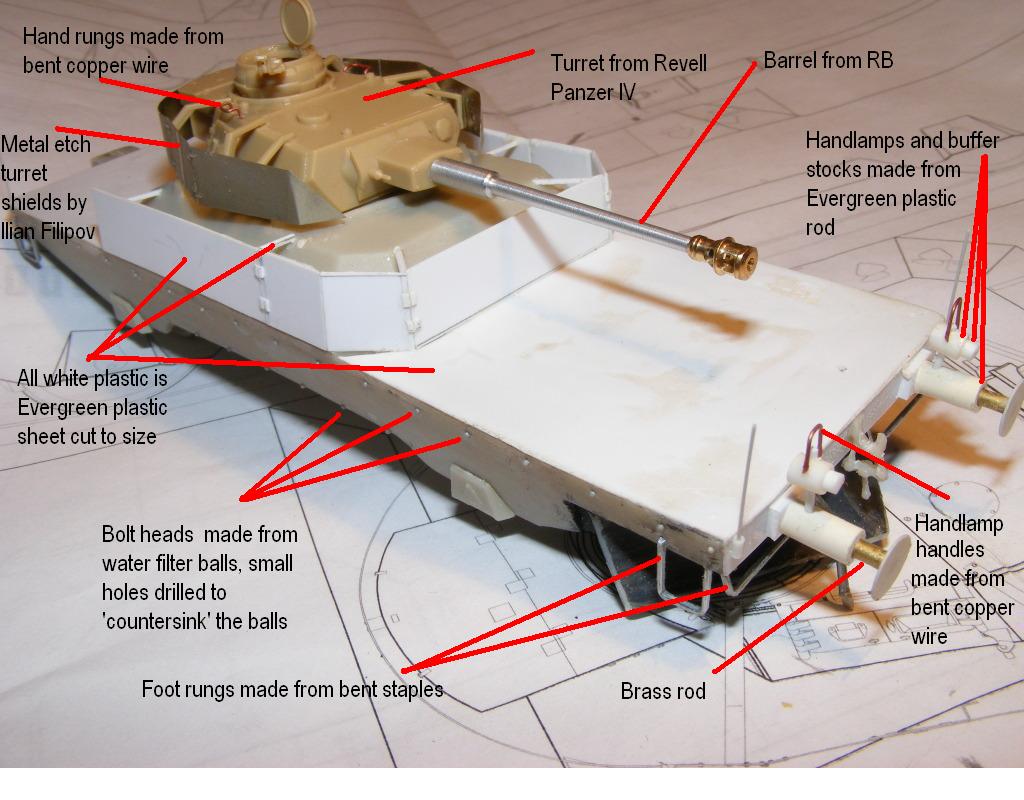 Next came a coat of Revell grey enamel Matt 79 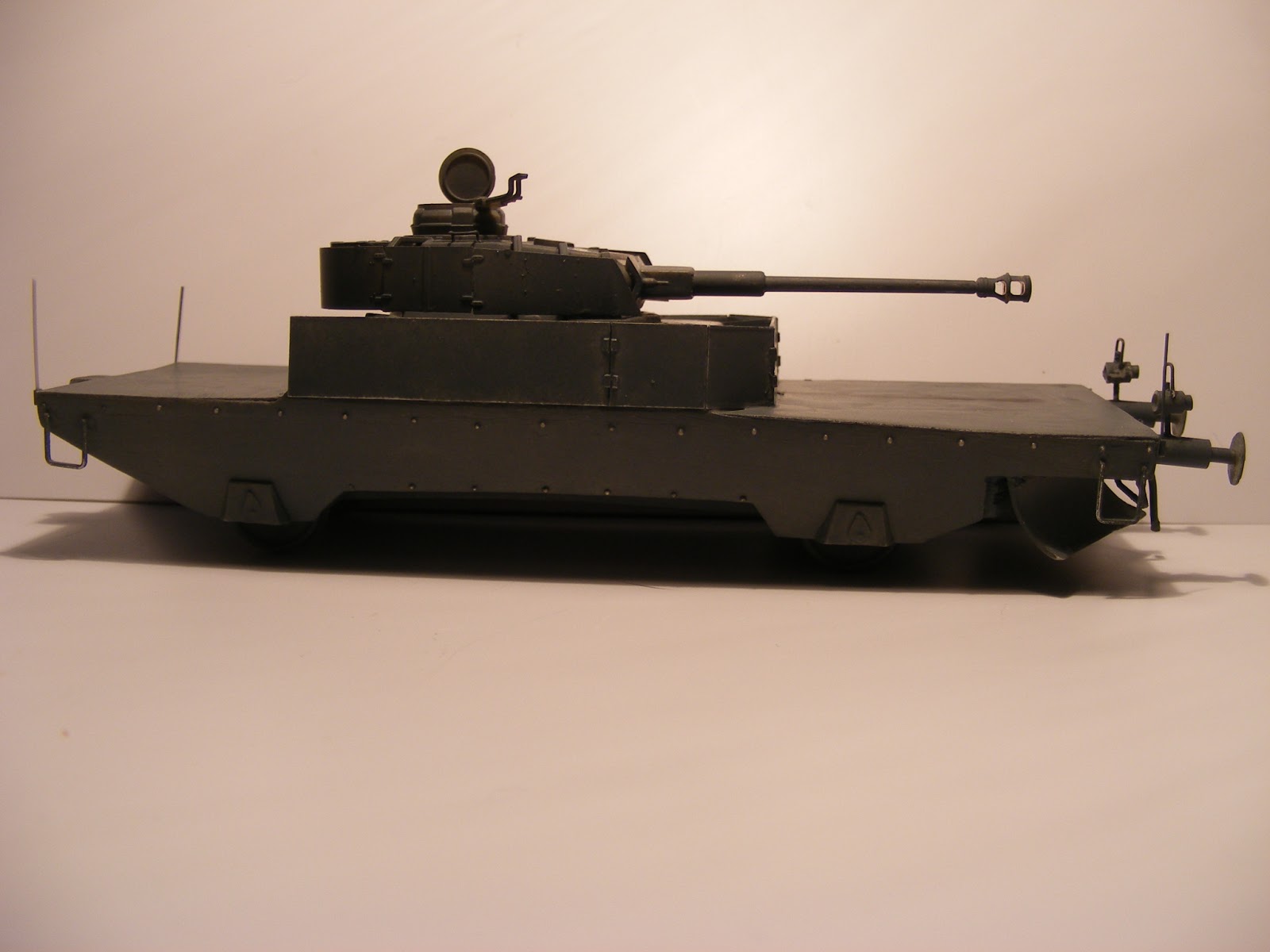 Next came an over spray of Humbrol dark yellow Matt 94 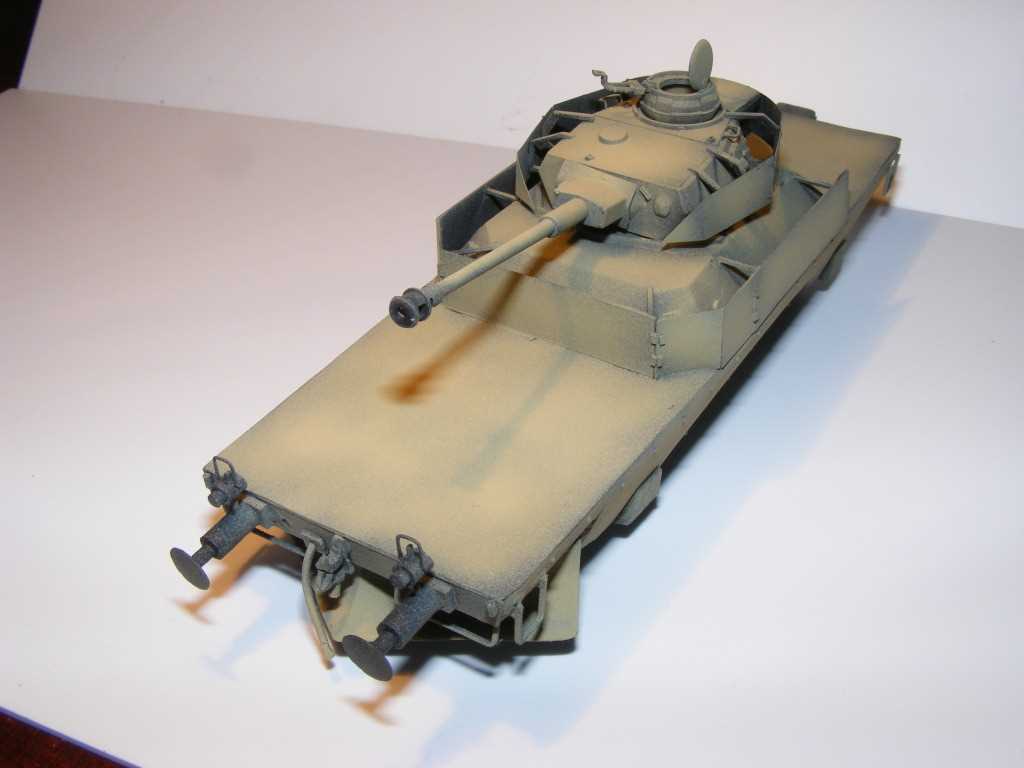 I was thinking of leaving the wagon in overall yellow, adding some washes to bring out the details. However I then decided to do a 3 colour scheme, using Humbrol red Matt 113, and Revell green Matt 68 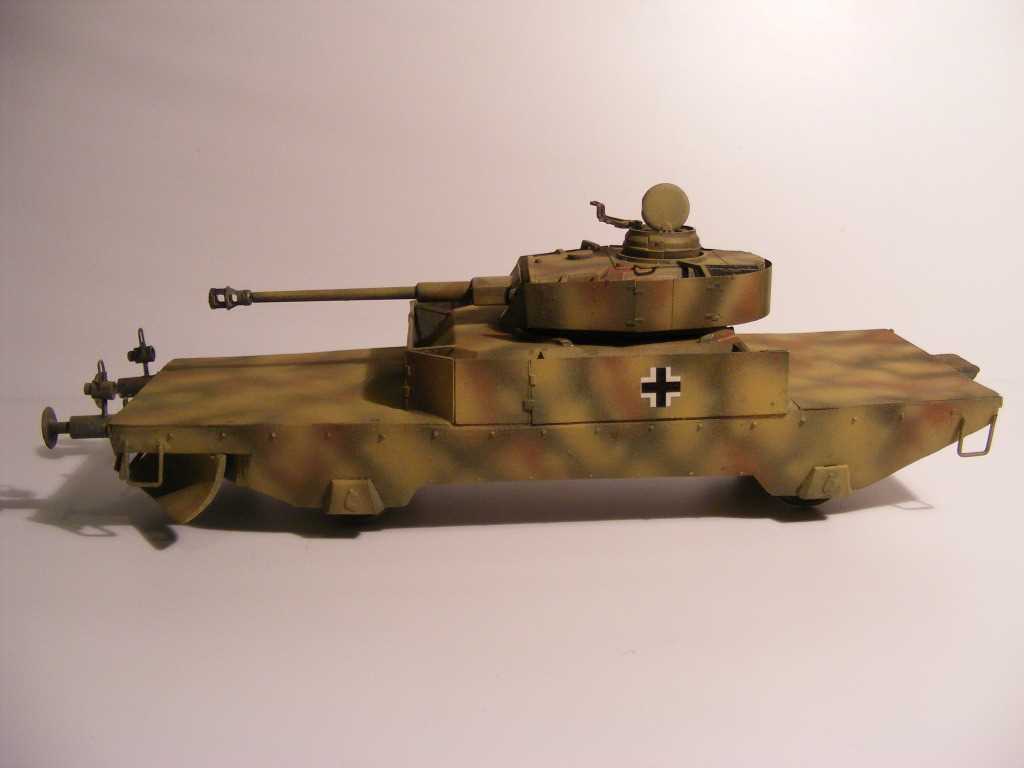 Decals applied from the kit, vehicle then had a couple of washes of diluted Citadel Badab black acrylic wash, and the cow catcher, handlamps, buffers etc were painted. Lots of tiny marks were applied with a 000 brush in random spots all over the vehicle to denote chips, scuff marks, worn paint, scratches etc, to complete the model, final pictures below. 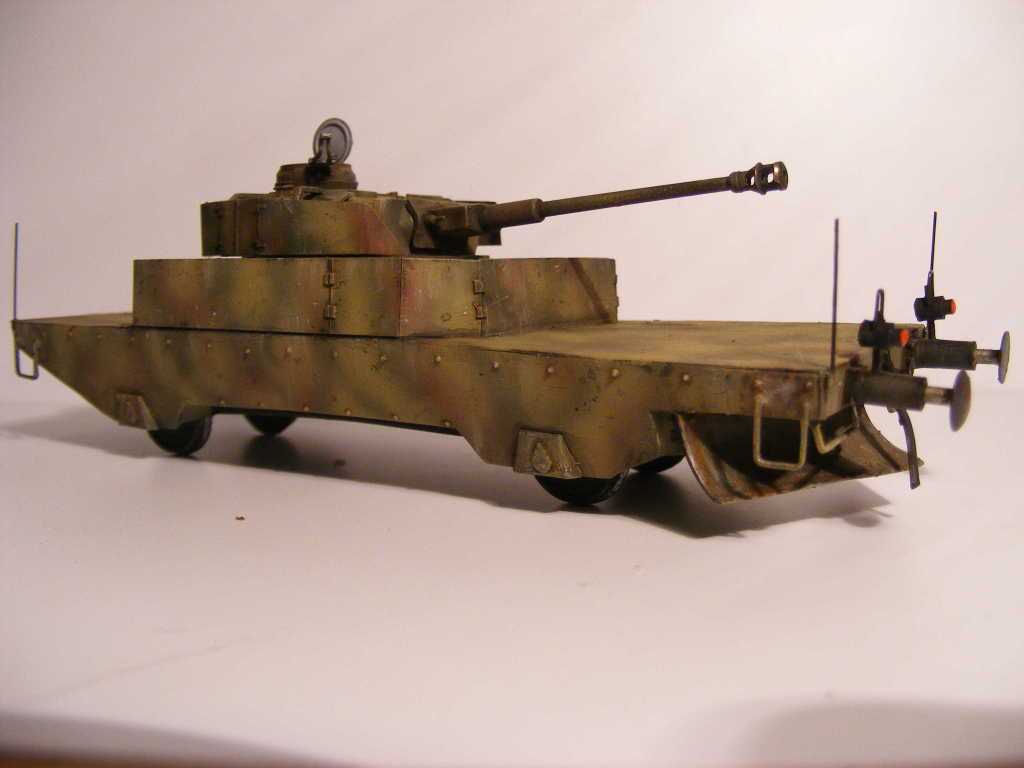 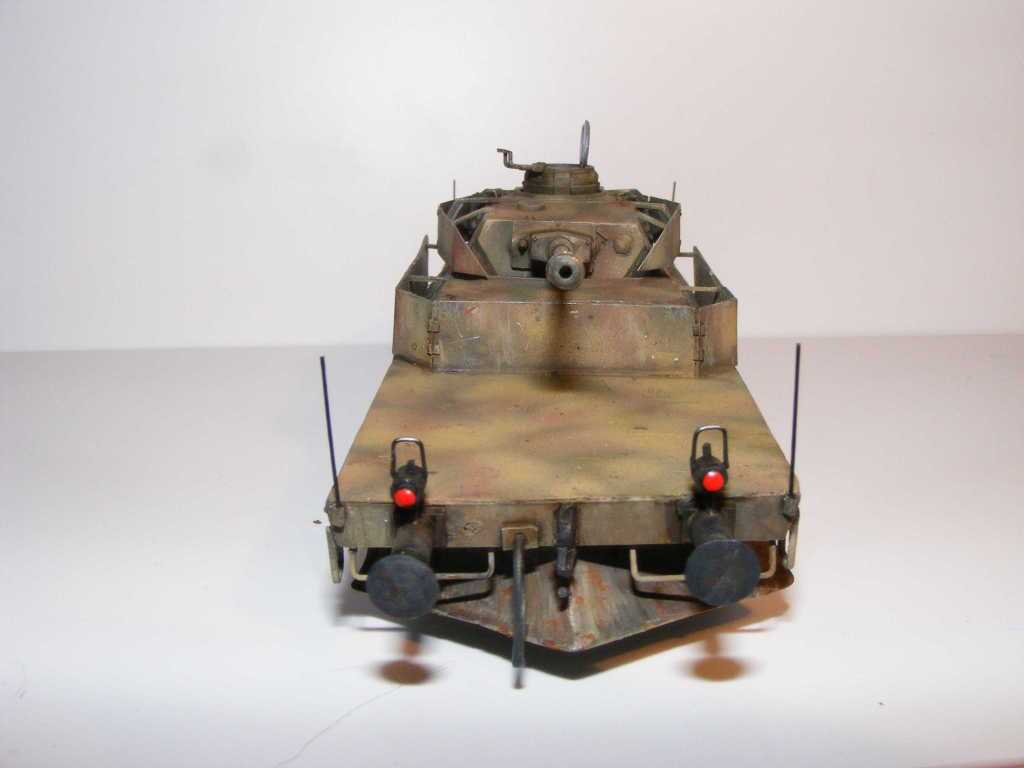 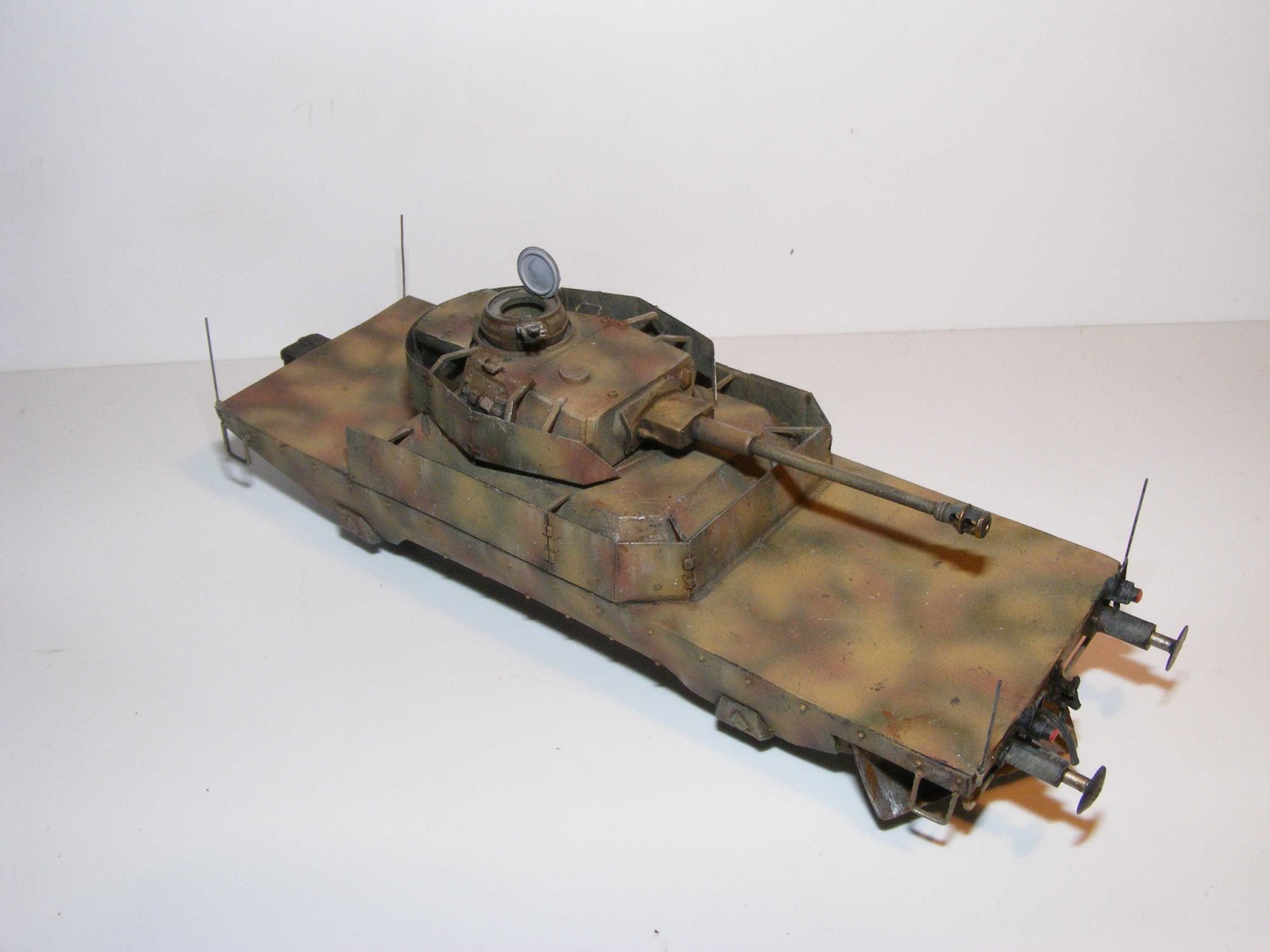 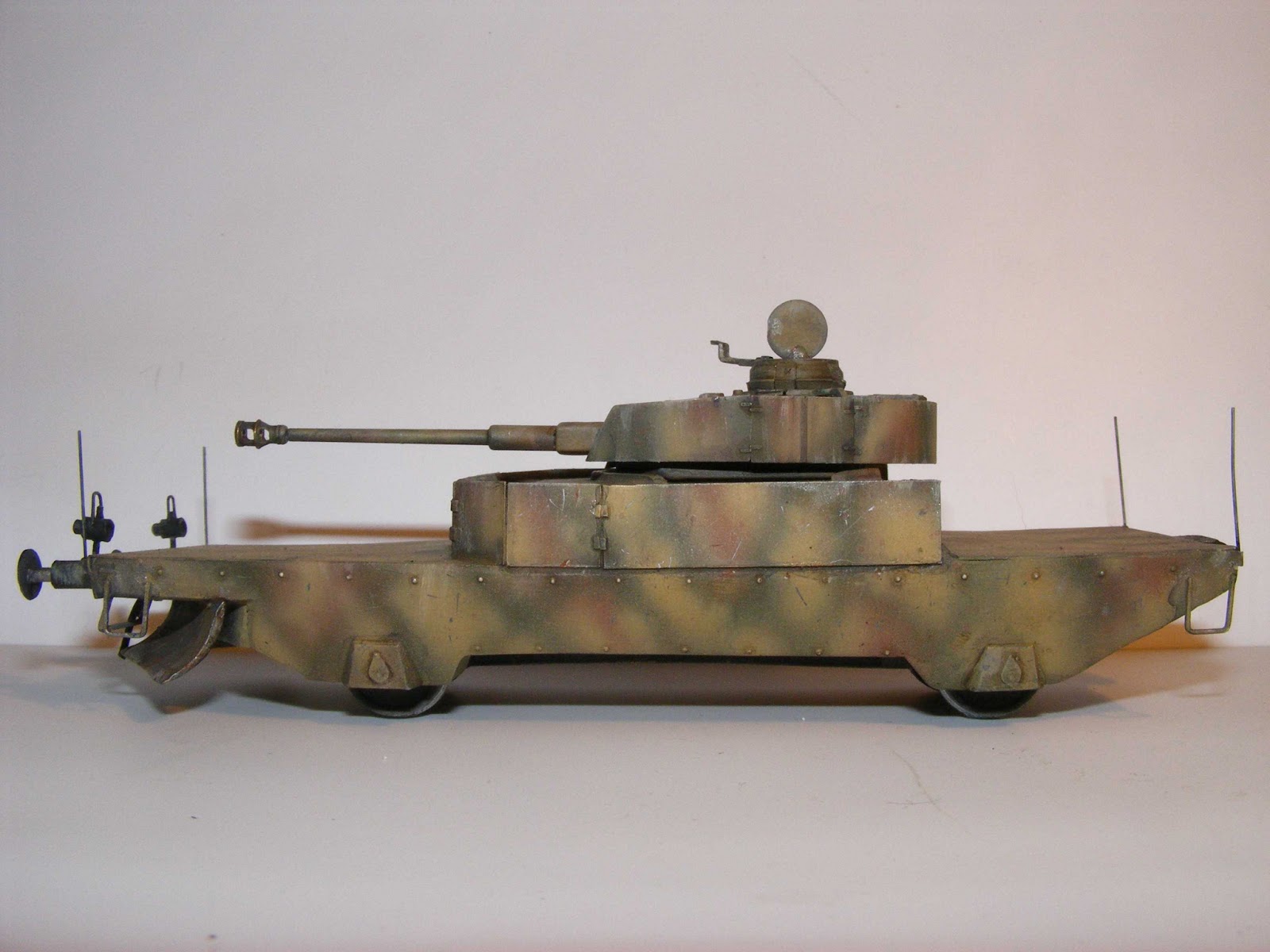 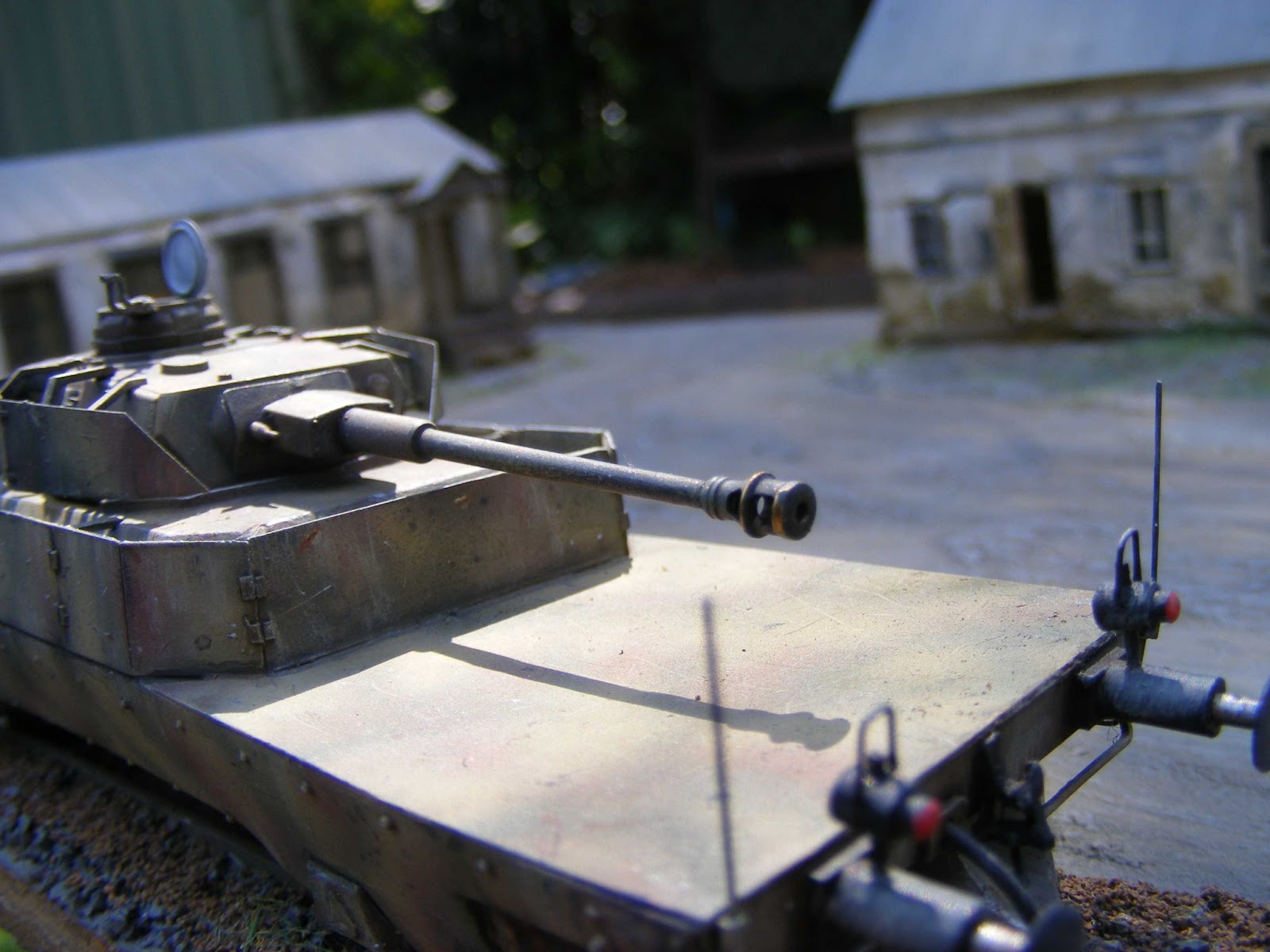 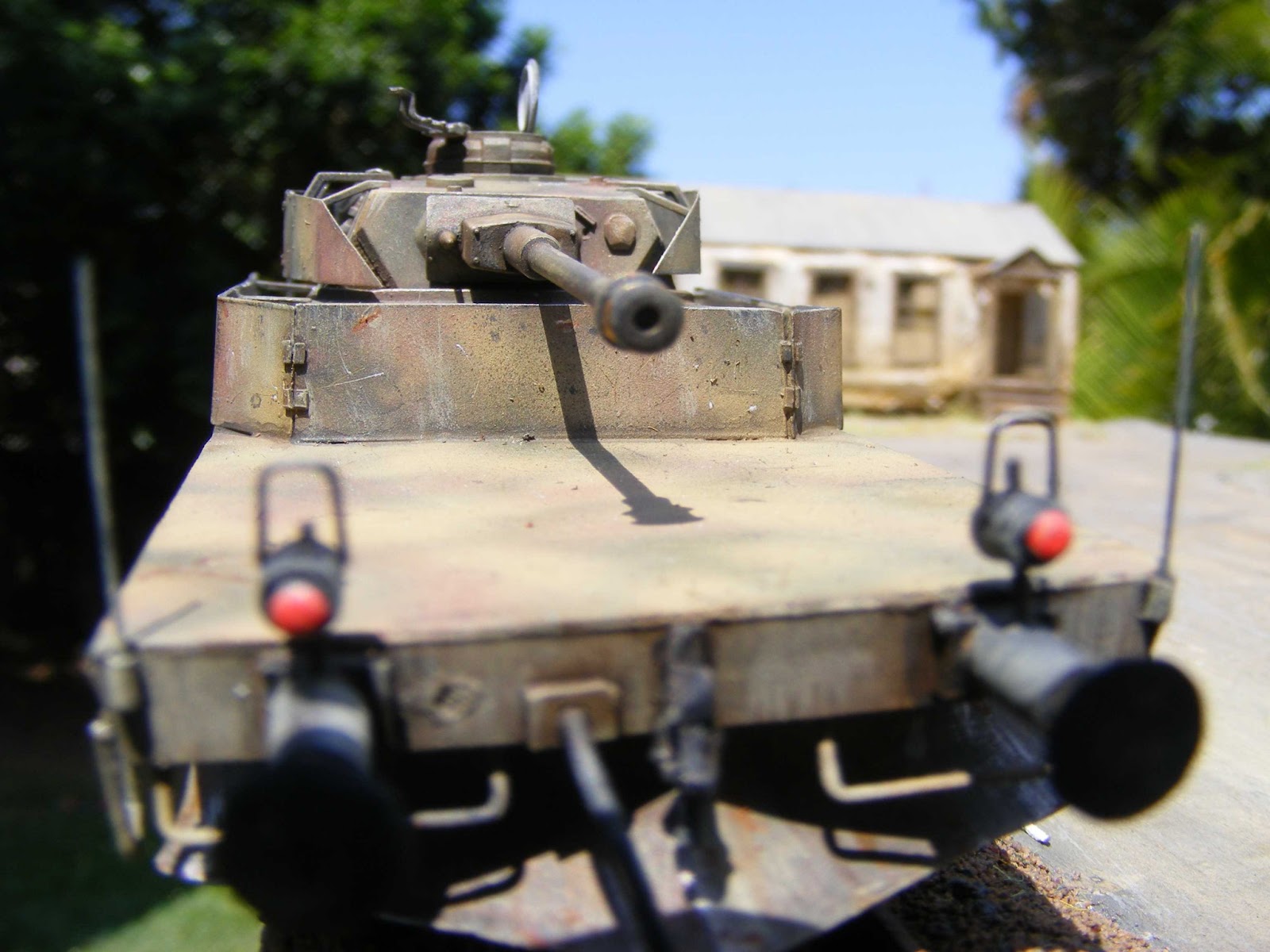 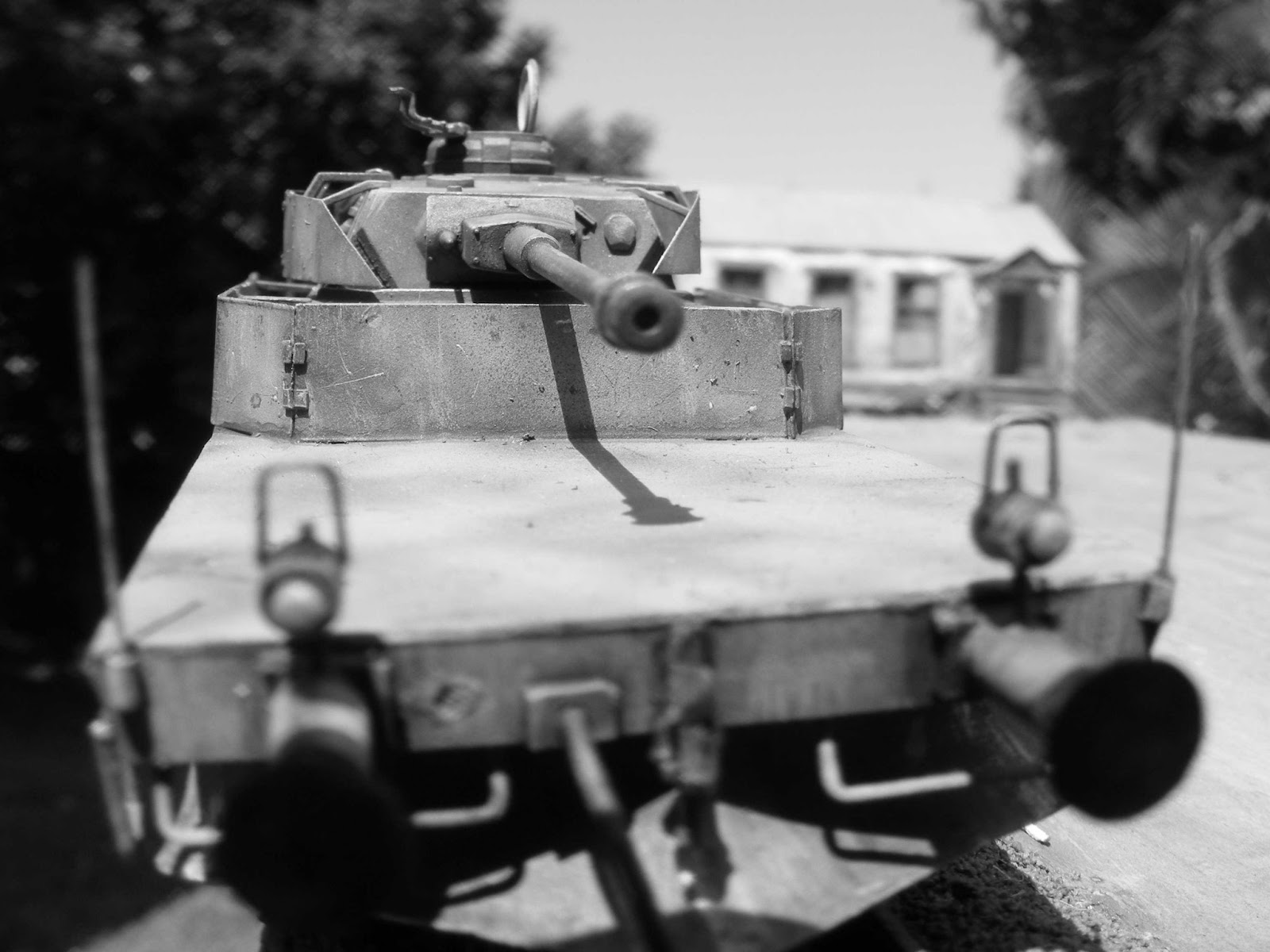