About this post. I commenced this build a couple of weeks ago and took a number of "in progress" pictures. Unfortunately the storage device the pictures were on became corrupted and I lost them all, so I only have pictures of the  major pieces assembled.

The kit. This contains 7 sprues of plastic parts, 1 set of decals, painting guide and instructions. These can be viewed on Henk of Holland's site. All parts are neatly and crisply cast, with very little flash.

The Build. The build was quite straightforward and easy, aided by excellent instructions. Two issues need to be mentioned.

The first is minor. Some of the wheel hubs that the axles fit into needed a small amount of enlargement. This was easy to scrape out with a knife, and the wheel sets fit better as a result. This was only one or two hubs on each bogie the rest were fine.

The second issue is not so minor. The outside of the bogies (parts B7 x 2 and B8 x 2) have large injector marks. Some were slightly raised some were slightly sunk in. All were hard to deal with as their is a lot of detail very close to the injector circles. Fortunately these repairs are largely covered by additional parts that are fit to the bogies. There were 11 injector marks per piece, so in all 44 to fix on the bogies. It didn't take too long to fix, but it would seem this was a crazy way to cast these pieces - if these injector marks were on the other side they would be completely unseen. The exact same problem was also on parts B5 x 2 and B11 x 2, which are the long side parts of the large overhead frames that hold up the Karl. Unlike the bogies, the areas the injector marks are on will not be covered by other detail, so a lot more care is needed in dealing with them. Again there were 11 injector marks per part, 44 in total If the injection had been set up to occur on the other sides of the parts they would be near invisible, except on very close inspection. 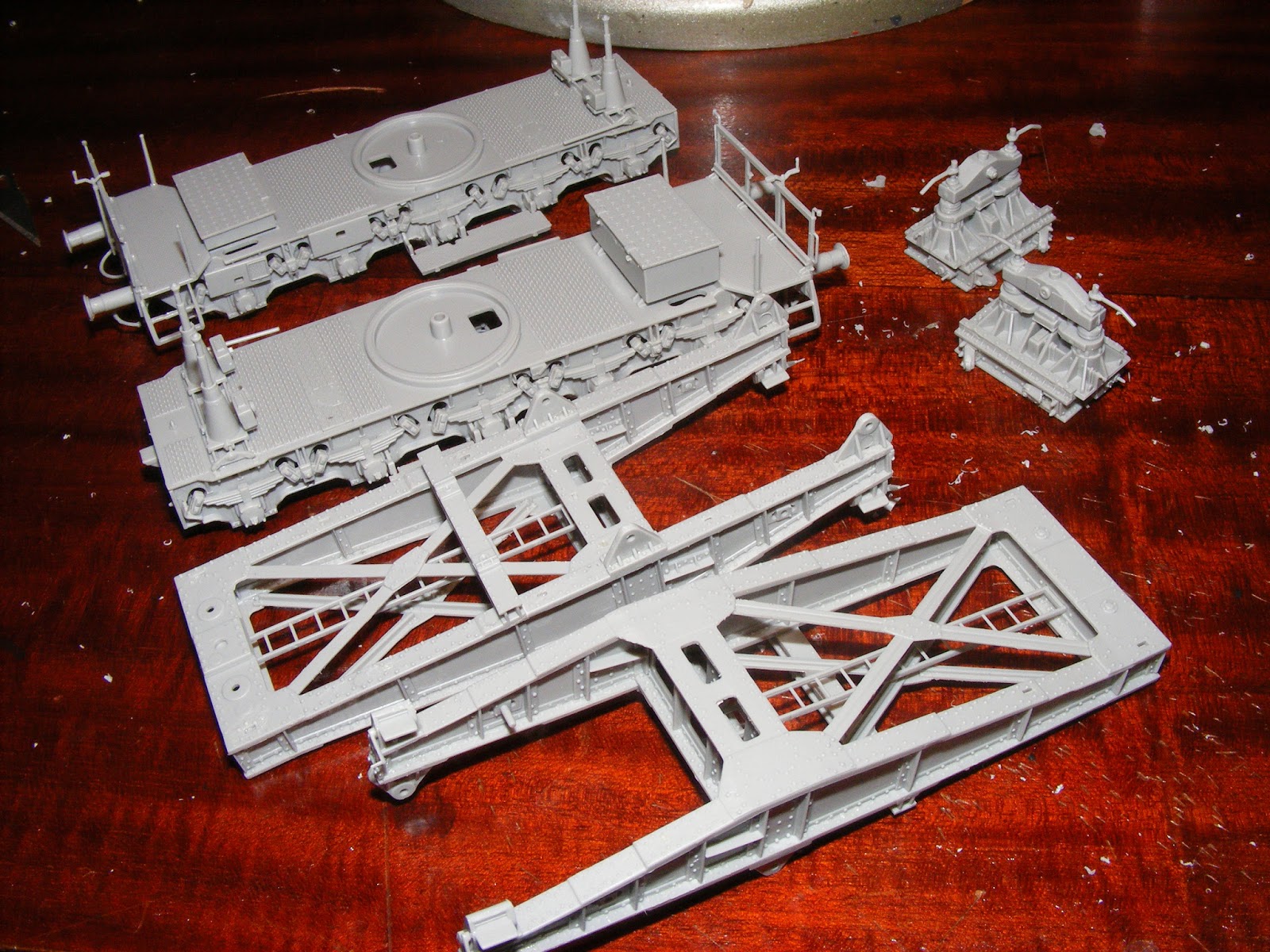 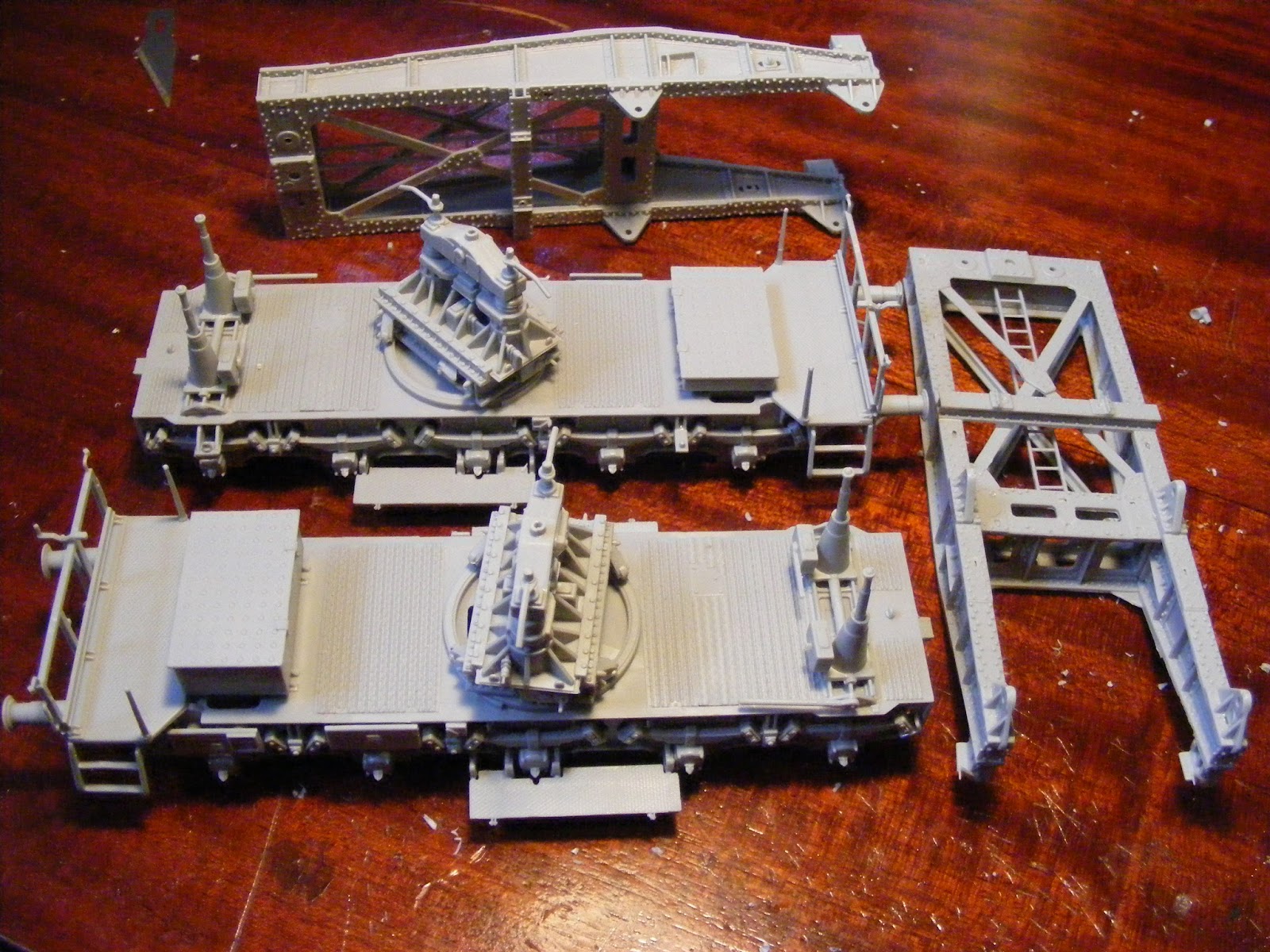 The transporter was sprayed with Hobbyboss acrylic black, then a spray of H337 "Grayish-Blue", leaving the areas that would be in shade with a lighter coating, to create some modulation, depth and contrast between the different surfaces and angles. Still a lot of painting to do, better pictures will be taken and posted.

The model is  not properly assembled yet, some 'Blu tack" is holding the frame assemblies up. Final assembly will occur when painting is finished, 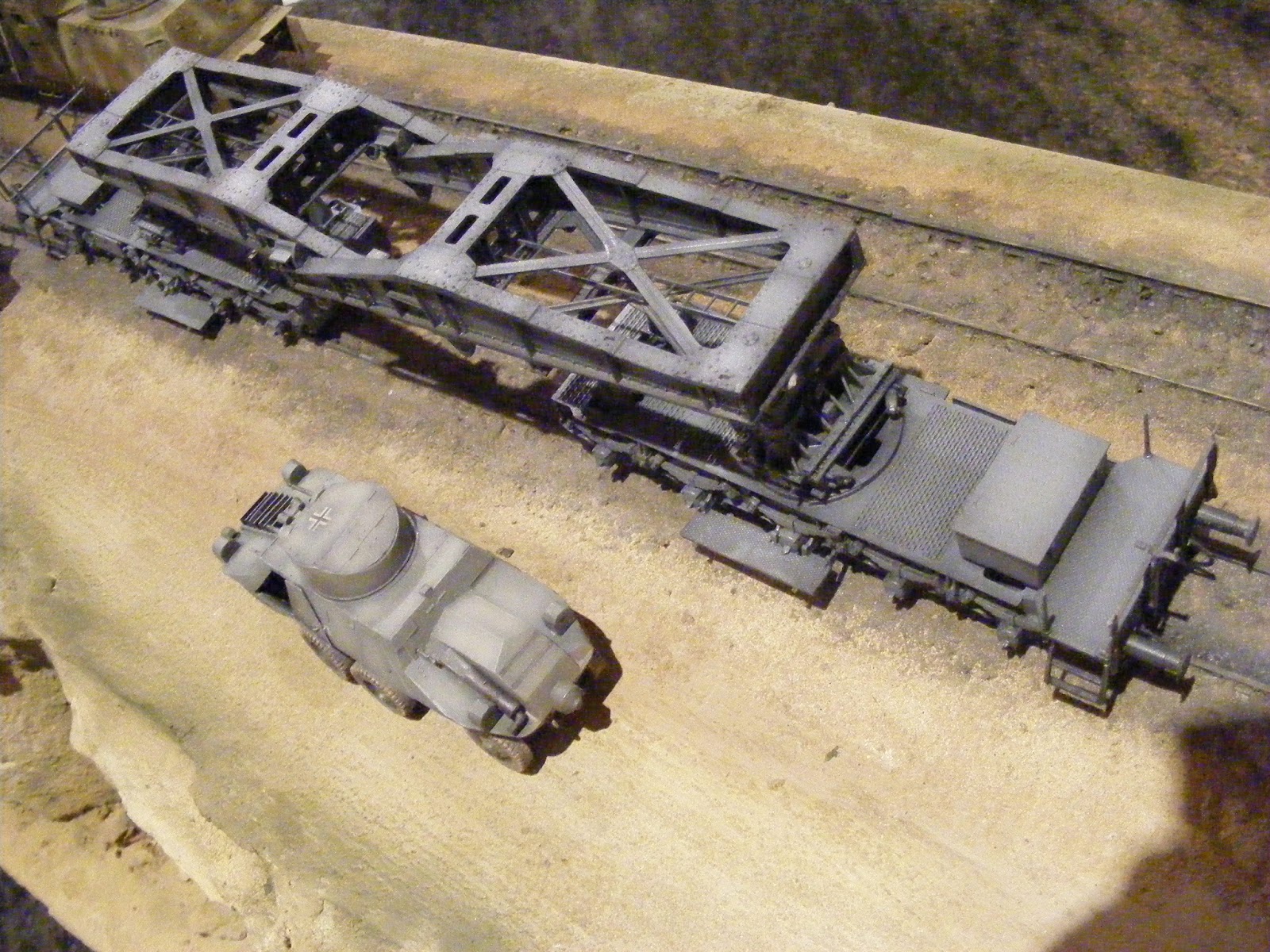 Update 16 July 2013. The components have had a light spray of Aqueous Hobby Color, Sand Gelb, and have had washes of black and brown, being watered down Life Color acrylics. Heavier washes on the springs with brown to simulate age & some oxidisation. 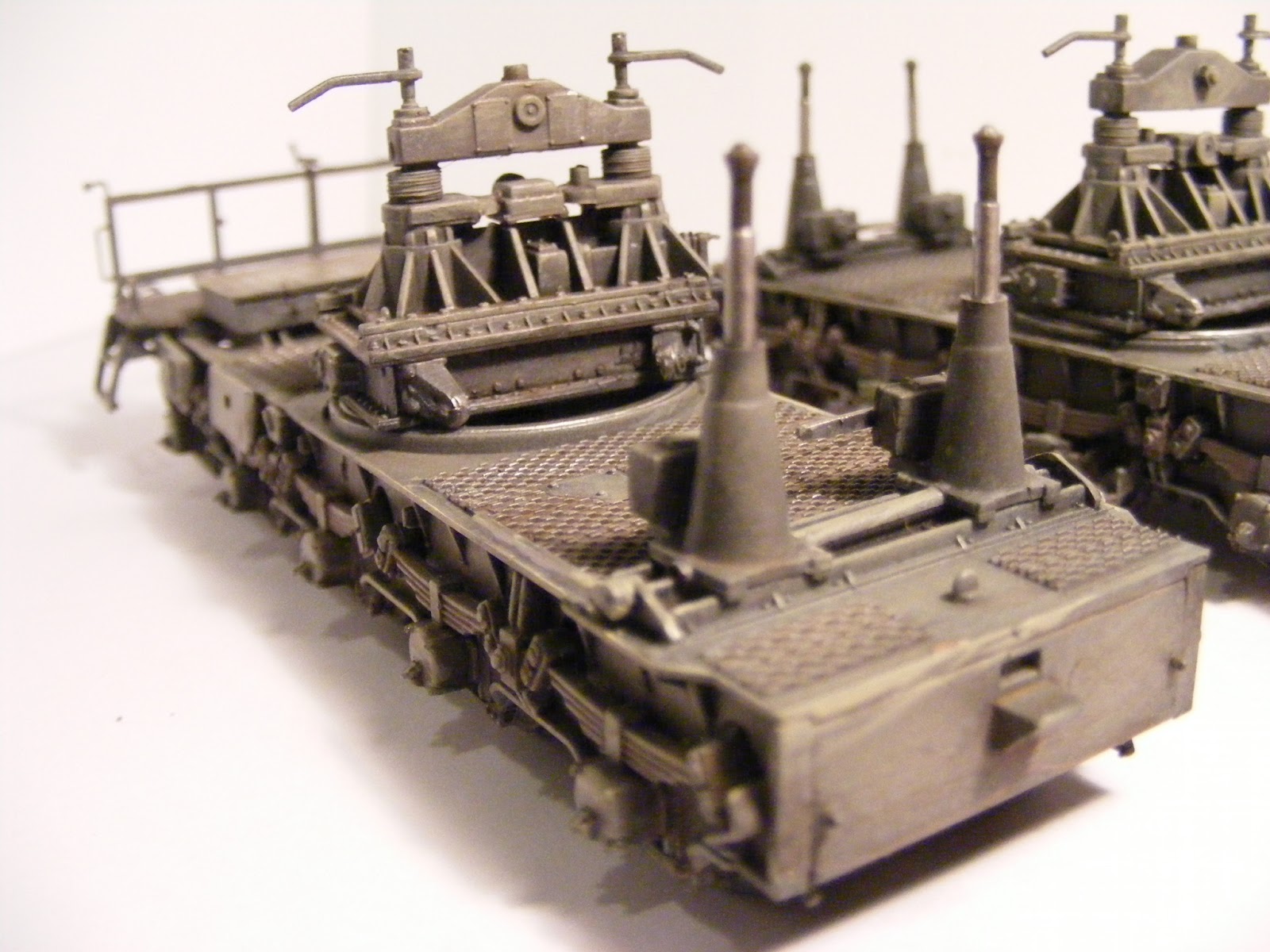 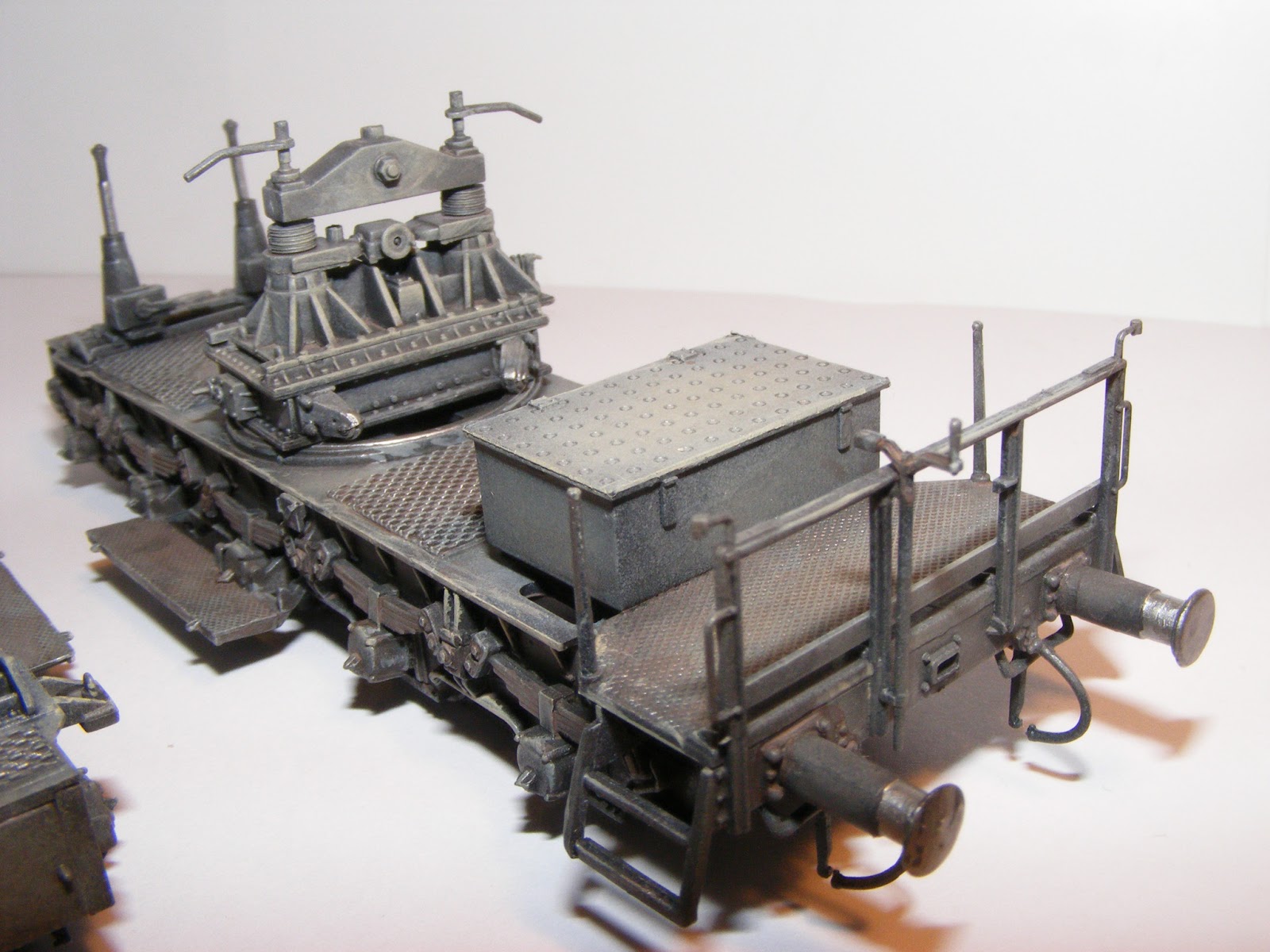 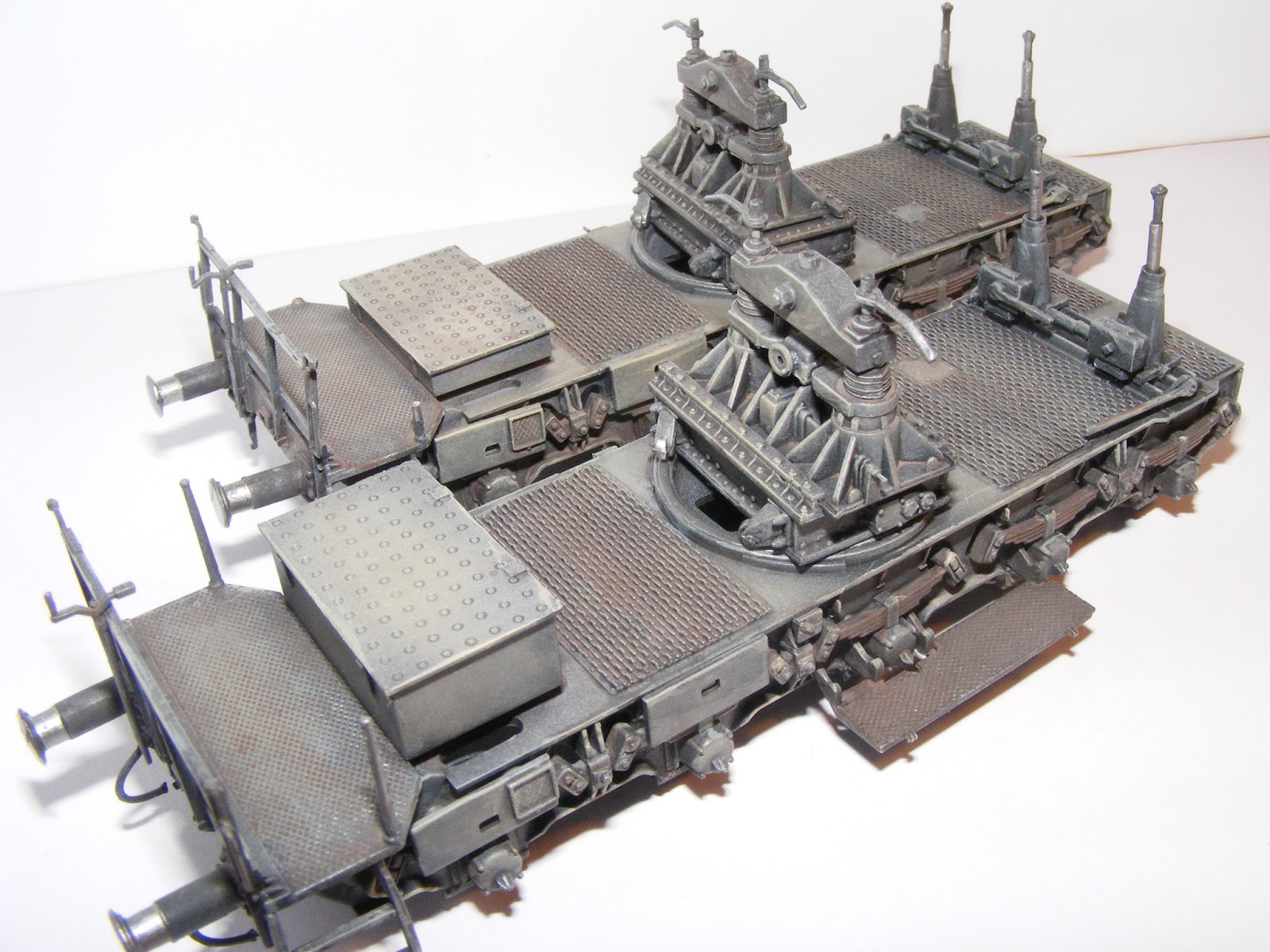 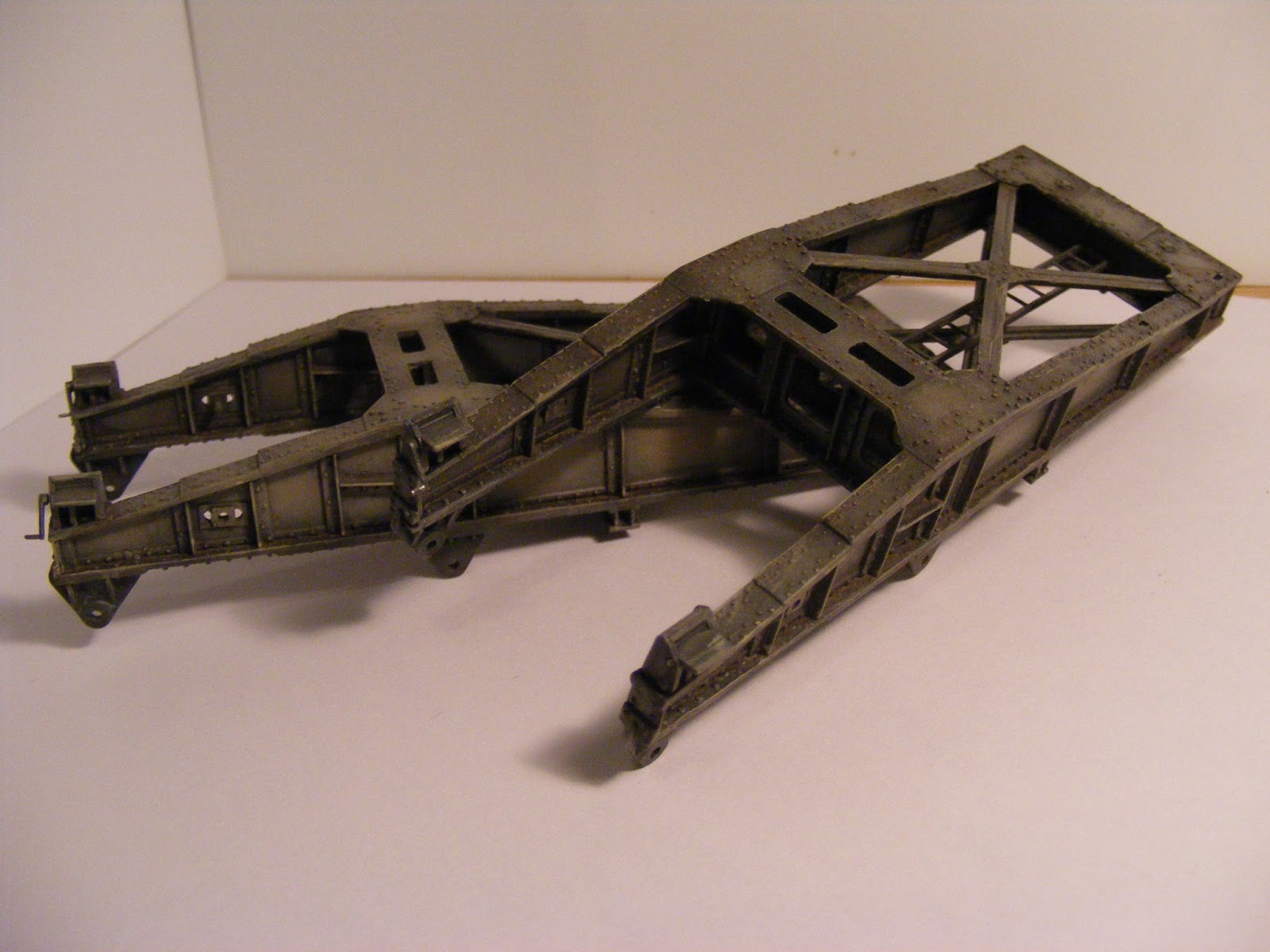 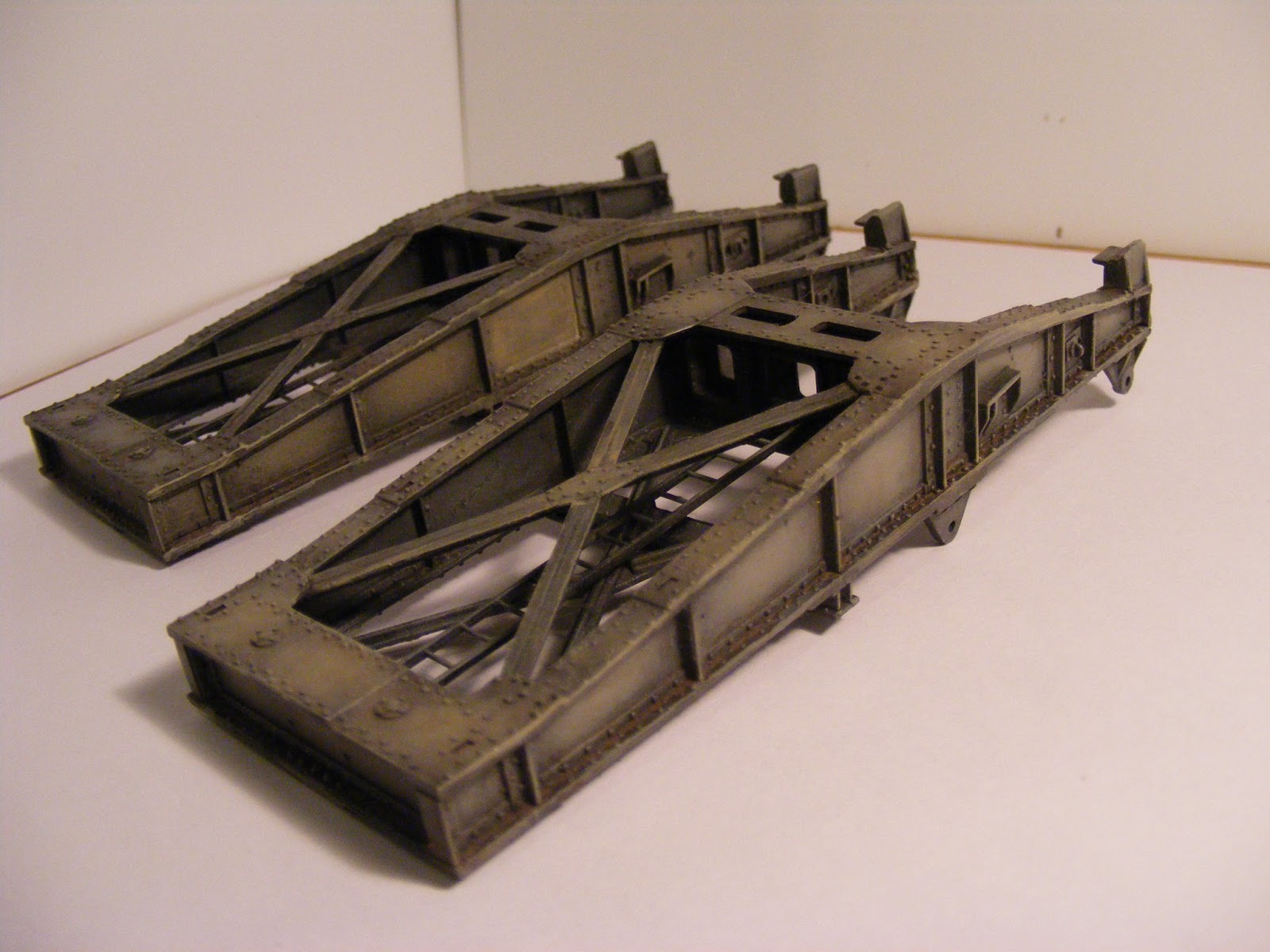 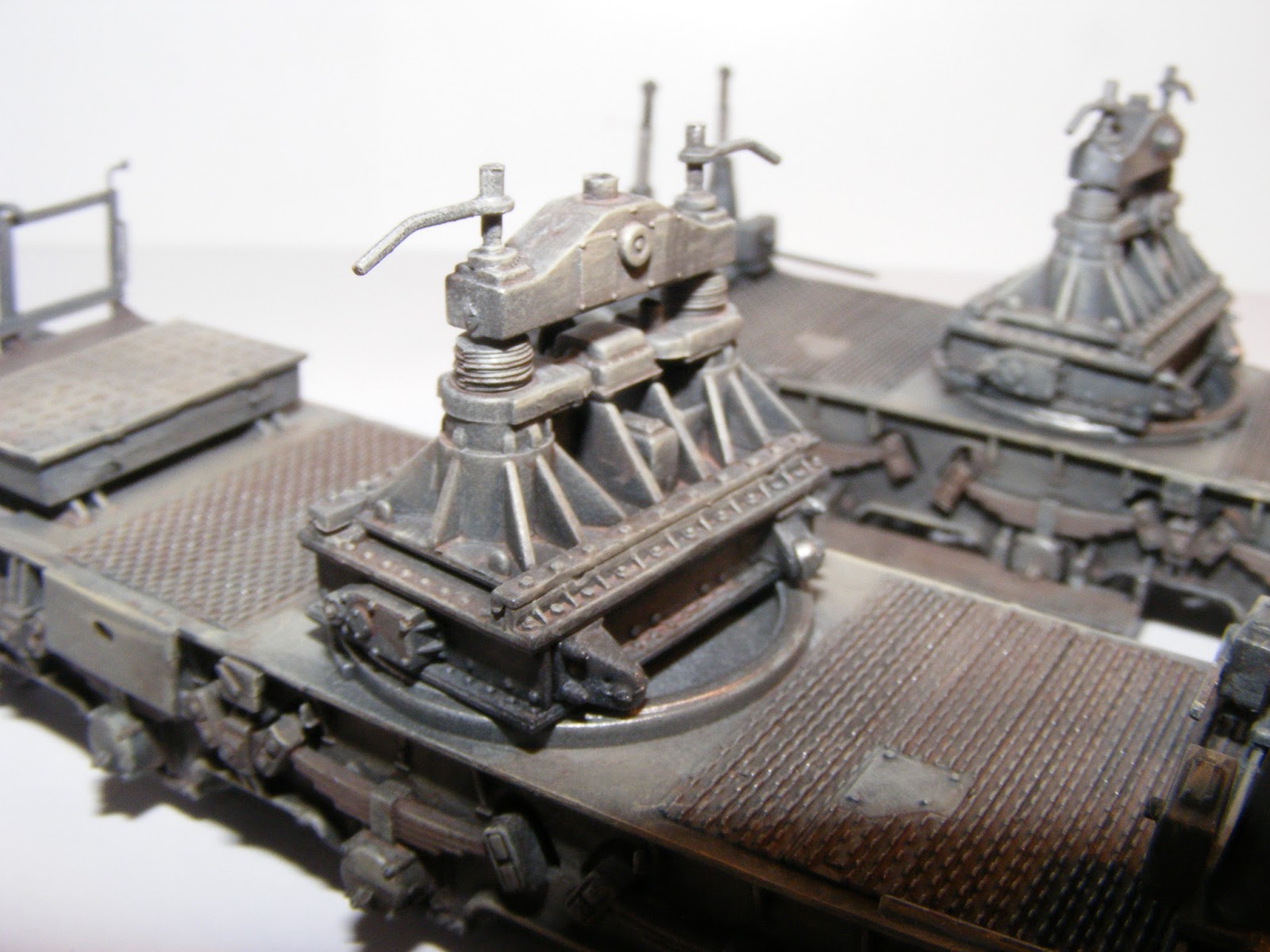